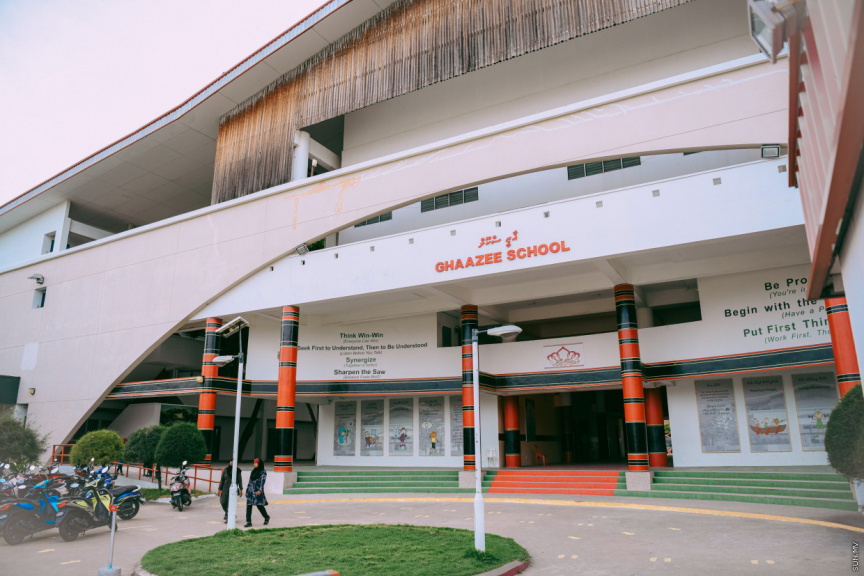 Parents of students studying in the Ghaazee School in Hulhumale have raised multiple concerns about the issues in the school, stating that students now find it hard to study there.

Parents, teachers as well as members of the school’s Parent-Teacher Association (PTA) shared some of their concerns with Sun.

A member of the PTA on the condition of anonymity revealed that one of the biggest issues was the continuous disconnection of electricity. The member added that children complain of the heat as electricity can be disconnected for long periods of time.

“Last month I was in the school for about 15 minutes. During that time also electricity kept disconnecting on and off. It has been many, many days since this issue. Any work done to solve this has not been seen.”

Moreover, the PTA member said when questioned, teachers don’t know what is happening either.

“Teacher[s] said that they don’t know, but this issue [of electricity getting disconnected] has grown really big. The issues have not been resolved at all.”

Additionally, the member stated that they have also questioned the principal, who said that the issue has been brought to the attention of the Minister of Education.

“I asked since when this problem has been occurring. [Principal] said that this has been happening since last year. The principal said Education Ministry and other relevant authorities have been informed.”

A concerned parent shared with Sun that her child has been experiencing health issues due to the continued disconnection of electricity and heat in the school.

“My child has been getting rashes because of the heat. Other children also have been experiencing similar issues.”

A teacher from the school anonymously shared with Sun that in some instances children getting uncomfortable due to the heat has led to teachers manually holding on to the breaker.

“During O’ Level examinations, when the electricity comes on from one side of the school, it gets disconnected on the other side. We have to keep walking back and forth to switch the tripped breaker back on,” explained the teacher.

A PTA member of the school revealed that since 2017, this problem has been occurring. But added that within the past five years, treatment to deal with the termites was done only once.

“As this remains unresolved since 2017, the whole school is now infested with termites.”

In addition to this, a parent noted that disturbances due to animals entering the classrooms during the session were another big problem.

The parent revealed that cats, pigeons and even mice enter while classes are ongoing.

“A cat has given birth inside a grade 2 classroom, and mice enter the school canteen even.”

The issue of animals entering has caused some children to be distressed, added this parent.

“We want a solution for this. The current status of the school is concerning for the safety of the students. It is our plea that the government listens to these issues and provides a quick solution for them.”

As the principal of Ghaazee School did not respond to Sun’s attempts at contact, we were unable to get a statement from the school at the time of publication.