Council: Powerless to solve the issue of erosion in Funadhoo 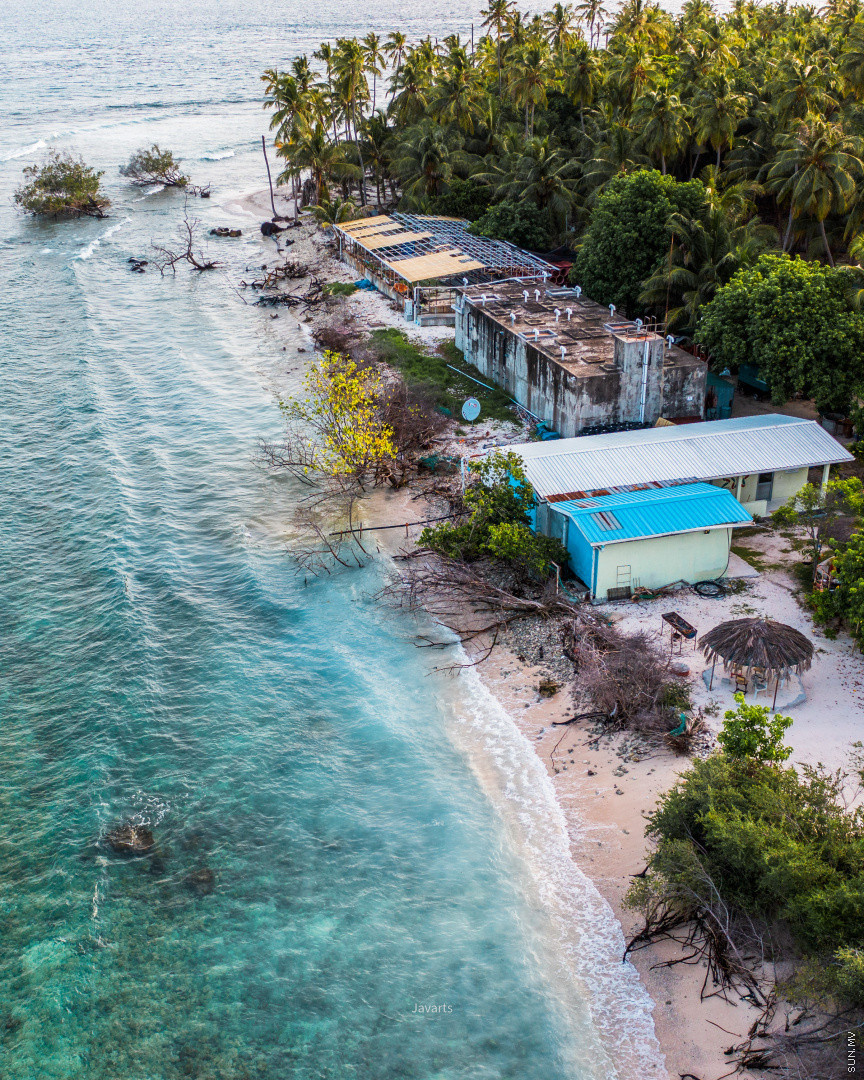 Ahmed told Sun that the island was facing erosion along all coastlines, but the most severe erosion was in the area was the sewerage system was established and, in the area, where the community center was located. The council estimates that a 20 feet area had eroded from the areas over the last five years.

“This is a far greater issue than the council can solve alone. The council has asked the government to solve the issue over the past two-three years. But nothing has been done,” he said.

Ahmed said it has been four months since the President’s Office instructed the Planning Ministry to provide the speediest solution possible to the issue.

“The failure of the Planning Ministry to provide a solution to the issue despite the instructions of the President’s Office is of great concern to the residents of Funadhoo,” he said.

Ahmed noted that no funds were allocated in the 2022 budget to solve the issue.

State Minister for Planning Akram Kamaluddin told Sun that the ministry was working on solving the issue.

“We are making preparations. We are working on solving this as soon as possible,” he said.

The issue of erosion is of great concern to the residents of Funadhoo.