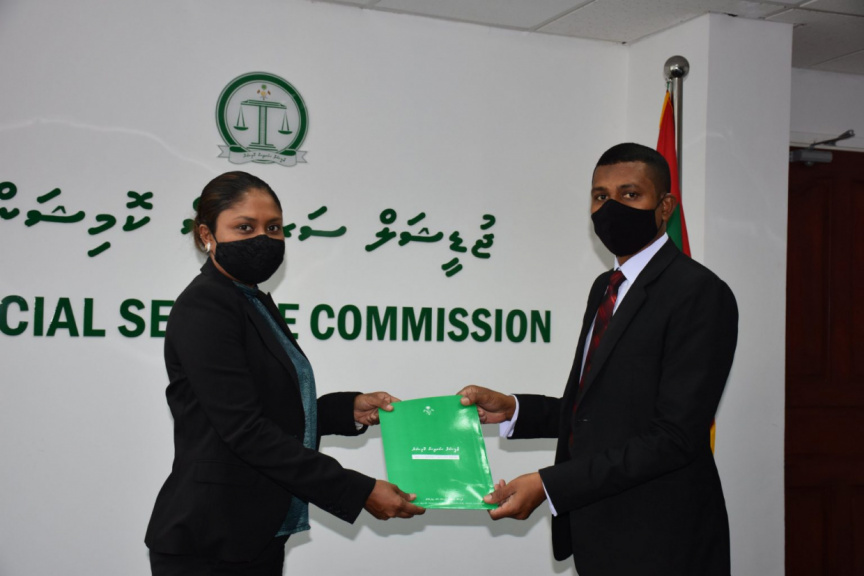 The Judicial Service Commission (JSC) on Saturday denied the rumours that claimed its President Hisan Hussain met with Judge Ahmed Shakeel, who is presiding over the case of former President Abdulla Yameen Abdul Gayoom.

Some of the media outlets have reported that Judge Shakeel was summed to JSC late at night, where he was met with Hisan along with JSC member Ibrahim Riffath.

Responding to these claims, JSC tweeted branding the claims as false.

“We condemn attempts to smear the commission’s name by spreading false news, and it will be reported to authorities.

The trial of former President Yameen for money laundering and bribery charges is ongoing in the Criminal Court.

He is accused of misusing his position and taking a USD 1 million bribe to facilitate the sale of Aarah to Yoosuf Naeem, a former parliamentary representative for the Felidhoo constituency, and laundering the money.