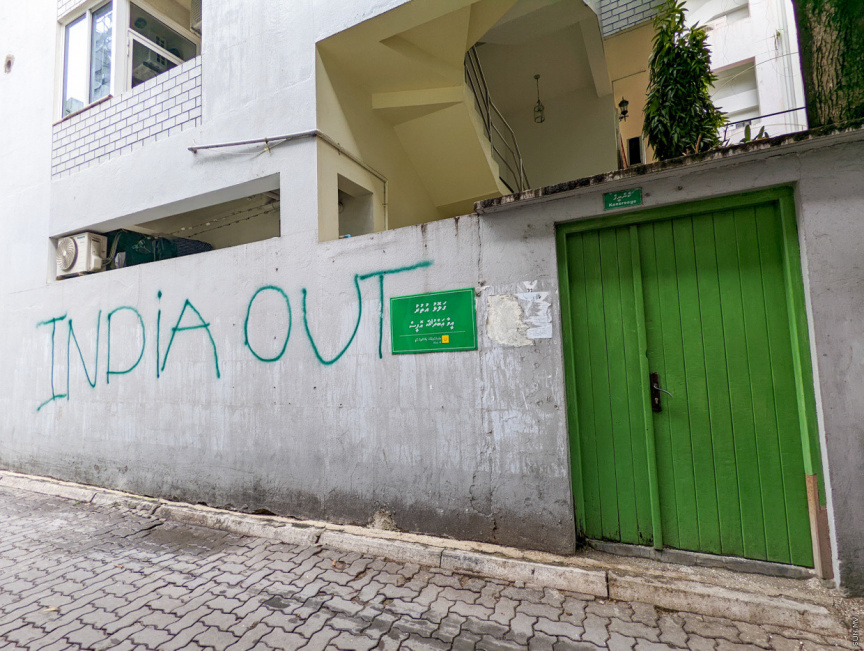 ‘India Out’ was found written in bold letters in green spray paint on the wall, near the name plate of North Galolhu MP Eva Abdulla’s office, on Tuesday morning.

Nasheed is one of the most vocal critics of the ‘India Out’ campaign launched by the opposition PPM-PNC coalition to protest against Indian military presence in Maldives.

He recently urged politicians to refrain from involvement in the campaign, stating it would only serve to isolate and weaken Maldivian people.

The residence of Defense Minister Mariya Ahmed Didi, another vocal critic of the ‘India Out’ movement was targeted with a similar act of vandalism last week.

'Dev. of Addu will result in nation-wide progress'