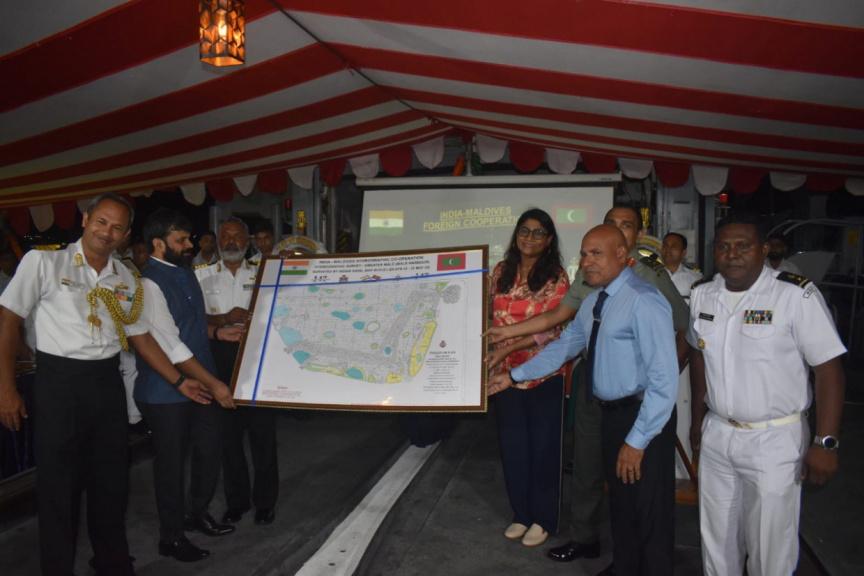 Defense Minister Mariya Ahmed Didi is presented with the fair sheet of the survey conducted by INS Sutlej. (Photo/Defense Ministry)

India and Maldives have completed hydrographic survey of waters in the Male’ area and northern Maldives.

The work was part of the second joint hydrographic survey of Maldives by the Indian army and Maldives National Defense Force (MNDF). Indian ship INS Sutlej was used for the survey. Maldivian Defense Minister Mariya Ahmed Didi was briefed regarding the findings of the survey on Tuesday.

The service said the survey would help update the electronic navigational charts of the region, and strengthen safety measures on board ships travelling in the region.

MNU to hold job festival on May 31