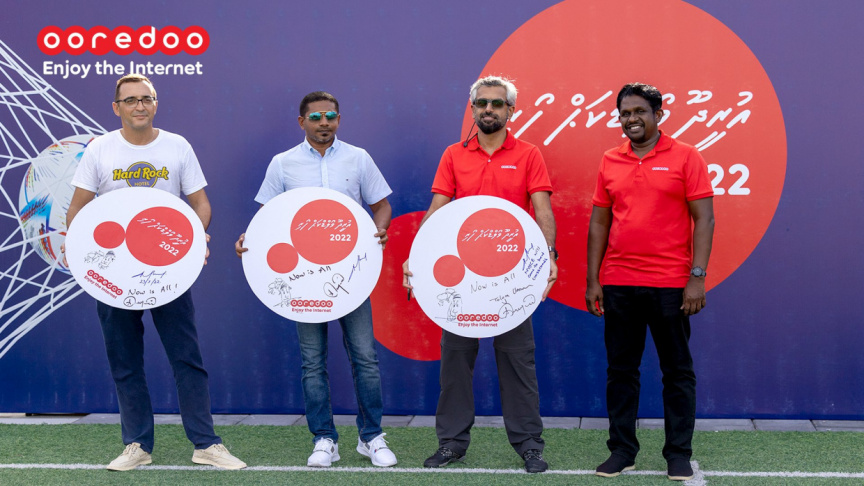 The launching event was held at Crossroads Maldives – during which activities under the campaign kicked off through a friendly futsal match between Team Ooredoo and Team Hard Rock Hotel.

The friendly match was officiated by Sports Minister Ahmed Mahloof, with a kick of the official ultimate match ball for World Cup 2022, Al Rihla.

“Today we have officially kick-started ‘Ooredoo World Cup Foari’ and this is just the beginning. We have exciting opportunities and activities planned for our customers during this football season. Our aim is to create an unforgettable World Cup experience across the nation that can be enjoyed together,” he had said.

The launching event of the campaign was added an extra sprinkle of fun and excitement through performances from Habeys Boduberu and the Maldivian Red Bull Free Style Champion Mohamed Saif Zahir ahead of the futsal match.

Speaking at the launching event. Hamadi reaffirmed Ooredoo’s commitment to make the World Cup football season a colorful and enjoyable time for communities across the nation.

The most anticipated men’s internal football tournament will take place from November 21 to December 18.