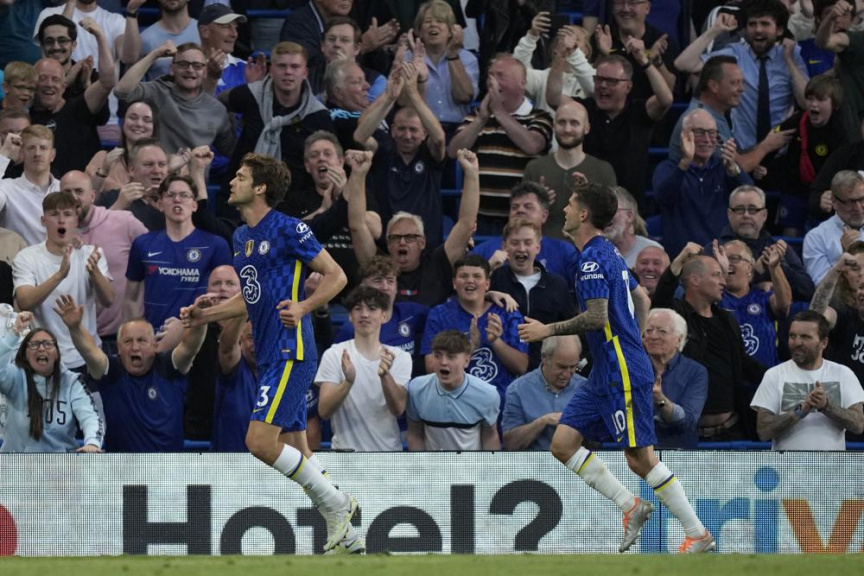 Marcos Alonso’s fine volley from Reece James’ diagonal cross recovered the point for Chelsea in the 34th minute after the wingback’s failure to track back had allowed James Maddison to fire Leicester in front from 18 yards (meters).

Christian Pulisic scuffed a tap-in wide that could have won the game for Chelsea.

Thomas Tuchel’s team was already sure of clinching one of the four Champions League places but the west London club will finish third due to having a far better goal difference than Tottenham heading into Sunday’s final round.

Outgoing owner Roman Abramovich has agreed to a 2.5 billion-pound ($3 billion) sale of Chelsea to a consortium headed by Boehly, the Los Angeles Dodgers part owner, but the British government is yet to approve the buyout structure.

Abramovich is not allowed to profit from the proceeds of the sale since the Russian oligarch was sanctioned and his assets were frozen for his links to President Vladimir Putin after the invasion of Ukraine.

The license allowing Chelsea to continue operating as a business runs through May 31 and has to be updated by the government to approve the buyout.

Stay at Brentford and get a statue, Frank urges Eriksen