Stay at Brentford and get a statue, Frank urges Eriksen 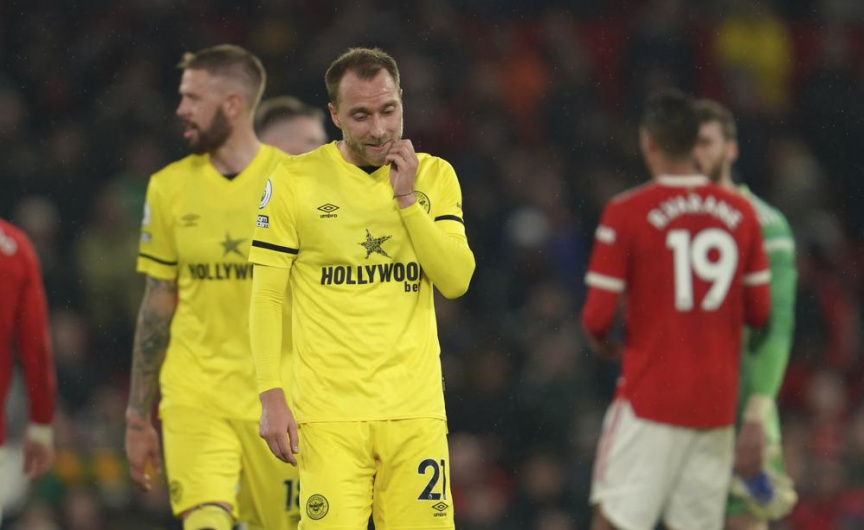 LONDON (AP) — Christian Eriksen can expect a statue built in his honor outside Brentford’s stadium if he extends his stay at the English Premier League team beyond this season, manager Thomas Frank said on Thursday.

The Denmark playmaker joined Brentford on a short-term deal in January, marking his return to competitive soccer almost eight months after collapsing from cardiac arrest at the European Championship.

Eriksen inspired a late-season revival by the west London club, which has won seven and lost only one of the nine games the 30-year-old midfielder has started to pull clear of relegation danger.

“I would love to say 100%, but I am convinced there is a good chance he can wear the Brentford shirt (after this season),” Frank said.

“I know I am optimistic but I also picked up the phone and said, ‘Hey, do you want to come to Brentford?’ No one thought about that six months ago. I am convinced we will have a chance.”

Frank, who coached Eriksen at under-17 level with Denmark, said it was a “win-win” situation for the player.

“Either he signs with us and everyone is going to be happy and the fans will build a statue of him outside the stadium in two or three years’ time,” Frank said, “or he goes to a bigger level and fans will applaud him and we will all say, ‘Thank you for this time, go forward.’”

Frank said Brentford will always be thankful to Eriksen.

“He helped the team, he gave something to the fans they had never seen before at this level,” he said of Eriksen. “We helped him back to his football life again.”

Brentford is safe from relegation heading into the final round of the season and completes its first top-flight campaign since 1946-47 by hosting relegation-threatened Leeds on Sunday.

Eriksen excited to prove himself after cardiac arrest