Opposition: Parliament Speaker scared of possible no-confidence vote against him 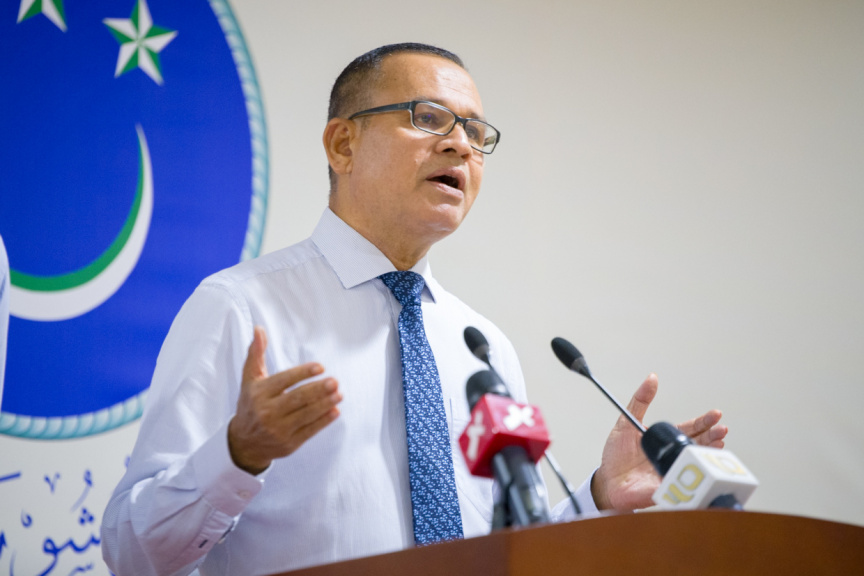 Opposition coalition comprised of Progressive Party of Maldives (PPM) and People’s National Congress (PNC) has stated that Parliament Speaker Mohamed Nasheed is scared of a possible no-confidence vote against him.

At a press conference held today, PNC’s Parliamentary Group Leader, Maduvvari MP Adam Shareef Umar said that following the internal elections of Maldivian Democratic Party (MDP) held on last Saturday, Speaker Nasheed would be scared of the initiation of a possible no-confidence vote against him. He added that the government had presently taken control of the parliament floor.

“Should Nasheed’s issue be put on agenda (a no-confidence vote) – we would decide whether to support it or not. Whether what is the most beneficial for the whole country is him remaining in his post. If the best course of action is him remaining at the post, we will support accordingly,” he had said.

Speaking further, Shareef said that Speaker Nasheed currently has no power over the parliament; something he is aware of.

“Motions filed at the parliament which Nasheed wants are being kicked out because MDP members do not want this,” he added.

He also said that Nasheed must feel psychological stress following the terrorist attack on him.

“Although presenting himself here (at the parliament) to fulfill his legal obligations – there must be major obstructions in undertaking other works,” he had said.

Shareef also described MDP members in the parliament as “mouthpieces” for the government.

Opposition to challenge decree on ‘India Out’ at court

‘India Out’ supporters take to the street after arrests