Italy captain Chiellini to retire from the national team 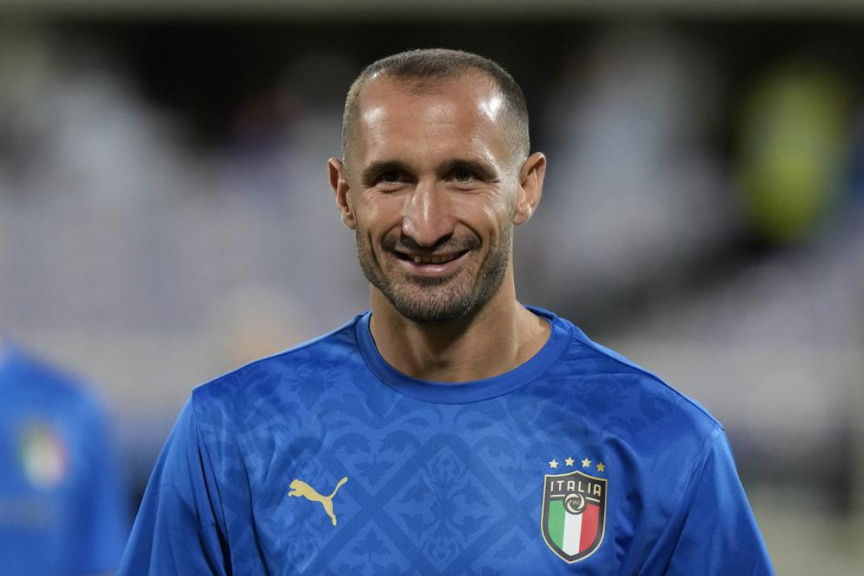 ROME (AP) — Italy captain Giorgio Chiellini plans to retire from the national team after the “Finalissima” match against Argentina in London on June 1.

“If I’m in form I’ll play and bid the national team goodbye at Wembley, where I reached the apex of my career in Azzurro and perhaps of my entire career,” Chiellini said, referring to the Italy’s European Championship title last summer.

The 37-year-old Chiellini had planned to continue playing for the national team through the World Cup at the end of this year but he has moved up his plans after the Azzurri failed to qualify for the tournament in Qatar.

The Finalissima match at Wembley Stadium features the champions of Europe and South America.

Chiellini, who has formed a potent center-back pairing with Leonardo Bonucci during his career, is sixth on Italy’s all-time list with 116 appearances.

A gritty defender, Chiellini was bitten by Uruguay striker Luis Suárez during the 2014 World Cup in Brazil.

Chiellini’s contract with Juventus expires after next season but he wouldn’t commit to remaining in Turin amid speculation that he wants to end his club career in the United States.

“From now to the end of the season I do have to evaluate everything, talk to my family about what is best,” Chiellini said after Juventus’ win over Sassuolo in Serie A late Monday. “Let’s reach fourth place first and win the Italian Cup, then we’ll sit down with my two families — at home and with Juventus — to figure out what is best for everyone.”

Benzema keeps Madrid alive in CL despite loss to City