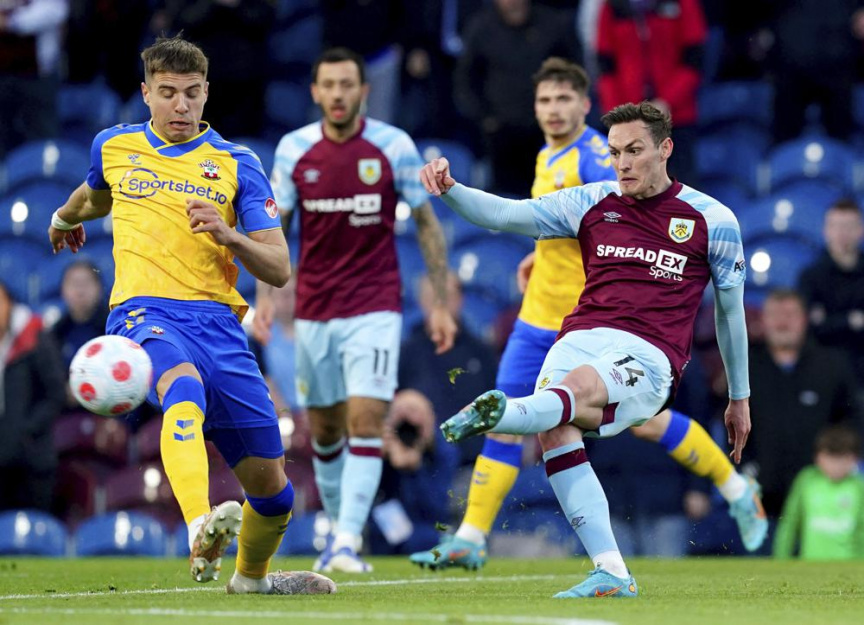 BURNLEY, England (AP) — Burnley improved its chances of staying in the Premier League with a 2-0 victory over Southampton on Thursday in the team’s first home game since the surprise firing of Sean Dyche as manager.

Burnley earned just its fifth league win of the season after first-half goals from defenders Connor Roberts and Nathan Collins to move within one point of safety, though 17th-place Everton has played one less game.

Under-23 coach Mike Jackson was elevated to caretaker manager after Dyche’s departure last Friday and has now recorded four points in two games after a 1-1 draw at West Ham on Sunday.

Roberts opened the scoring in the 12th minute at Turf Moor with his first Premier League goal. The Wales defender’s left-footed shot from just inside the box curled into the top left corner beyond the reach of Fraser Forster.

Collins doubled the lead just before halftime when he headed in Josh Brownhill’s corner.

Southampton, in 13th place, has won just three of 16 away league games this season.