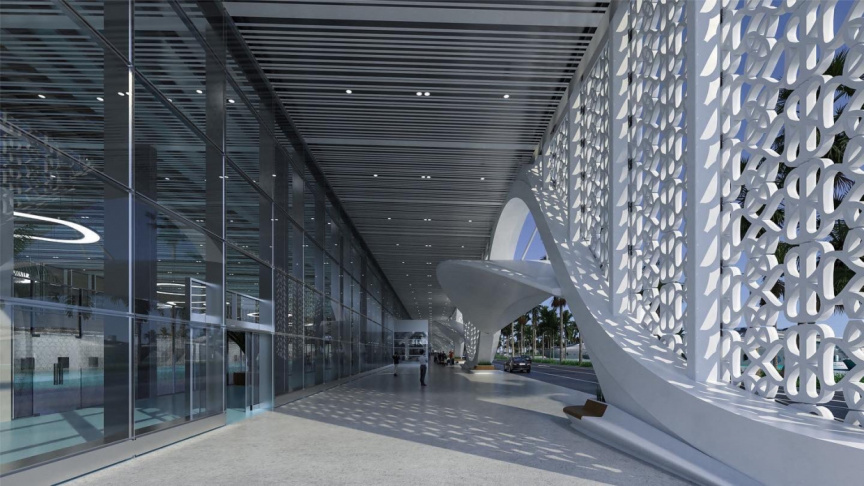 Nature, culture and modernity combine in the design for the new passenger terminal at Velana International Airport – the main gateway into Maldives.

Maldives Airports Company Limited (MACL) released renders of VIA’s new passenger terminal on Tuesday, providing the first glimpse at what the terminal will look like once done.

The patterns on the panels on the outer wall depict the intricate stone carvings seen on old mosques, forming into waves.

“They tried to incorporate the features that personify Maldives. The patterns there are derived from the skills of local stoneworkers. The second pattern, seen from top to bottom, depicts the Maldivian seas,” he said.

Shamman said the designs were finalized with durability in mind.

He said that the terminal will have self-check-in systems, modern baggage handling systems, and scanners.

Shamman said the whole design focuses on optimizing the convenience of passengers.

The new passenger terminal, one of the biggest components of the airport development project, was contracted to Saudi Binladin Group during former President Abdulla Yameen Abdul Gayoom’s administration for approximately MVR 5.3 billion.