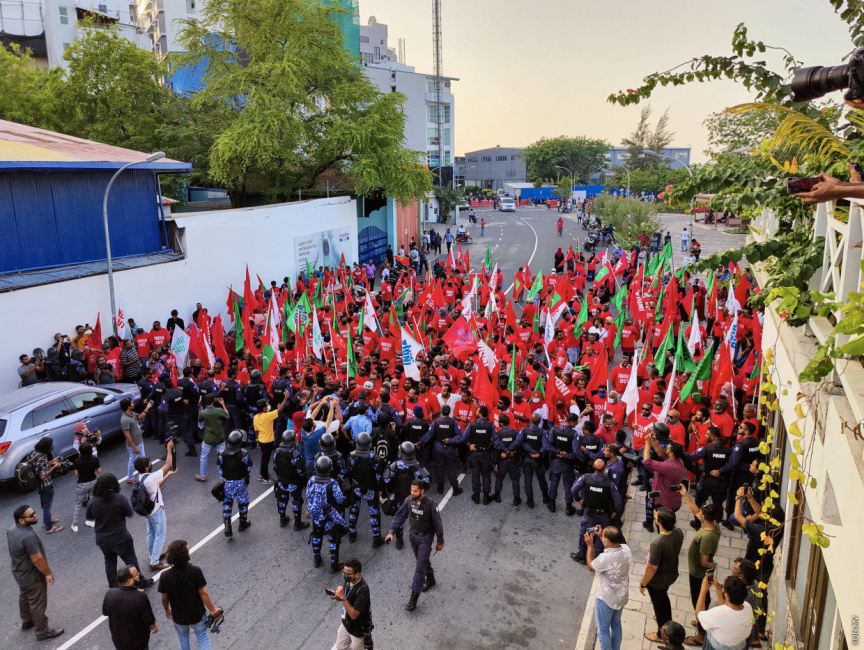 A motion submitted to the Parliament on Tuesday morning, urging authorities to increase efforts to protect freedom of assembly and freedom of speech, and address other issues highlighted in a recent Human Rights Watch report, has been rejected.

The motion was submitted by Faresmaathoda MP Hussain Mohamed Latheef.

Hussain noted that the Human Rights Watch wrote in its report that the Maldivian government failed to ascertain freedom of speech and assembly, and reform the judiciary.

He said that the report stressed presidential commissions failed to deliver pledges, and the continued membership of politicians within Judicial Service Commission prevented judicial independence.

“Though it was pledged during the presidential campaign to repeal restrictions on freedom of assembly, the laws remain in place more than halfway into term,” said Hussain in his motion.

Hussain also said that the Human Rights Watch found authorities used the COVID-19 pandemic as an excuse to stop protests, and used excessive force against protestors.

Hussain urged the government to address the issues highlighted in the report.

The motion was rejected with a vote of 32-8.

'Govt. lacks support, will be difficult to win vote'