Maldives to open 14 resorts this year 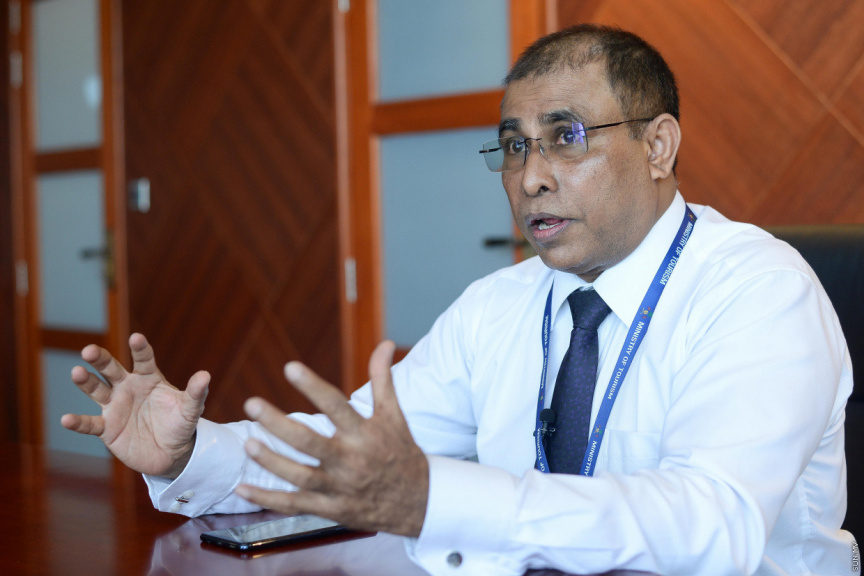 Maldivian Tourism Minister Dr. Abdulla Mausoom said on Monday that 14 tourist resorts were scheduled to open in Maldives this year.

Mausoom, who was summoned to the Parliament on Monday morning, was asked by Thimarafushi MP Abdulla Riyaz on whether the government planned to take any action regarding the lack of work on islands leased in the Th. Atoll for resort development.

Mausoom responded that the government planned on expanding tourism across all areas of Maldives.

He said that three islands in Th. Atoll were leased for resort development under the management of Maldives Marketing and Public Relations Corporation (MMPRC); Kalhudhiyafushi, Ekurufushi Finolhu, and Olhugiri.

Mausoom said that 14 resorts were expected to open this year, but it did not include any resorts in Th. Atoll.

“We expect 14 resorts to open this year. But those 14 resorts do not include a resort in Th. Atoll,” he said.

Mausoom did not provide any details regarding the resorts expected to open this year.

'Tourists from China will begin to increase in Jan'

'Tourism will not be treated as political activity'