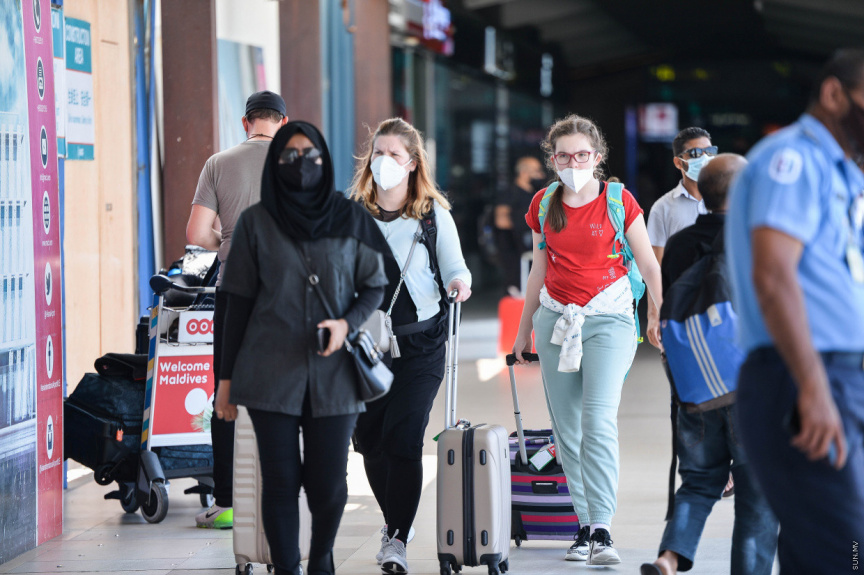 Ukrainian tourists stranded in Maldives due to the Russia-Ukraine war have travelled back home.

“Yes, it went very smoothly. It was easy because of the attention the government gave to this,” he said.

Mausoom said that the war has had a severe impact on the Maldivian tourism industry.

“We hoped our resorts would be fully booked in March/April this year,” he said.

Mausoom said it would be in Maldives’ best interest for the war to end as soon as possible.

Tourist arrivals from both Ukraine and Russia will continue to decline as the war drags on, he said.

Mausoom noted that Russia was one of the top source markets for tourist arrivals to Maldives.

He said that it wasn’t that Russians did not want to travel to Maldives, but were facing challenges due to the halt in Maldives-Russia scheduled flight operations by the Russian national airline, the fuel crisis, and the currency shortage in Russia.

“They are very keen to travel here. We are doing everything we can to have them come here.”

The Russian national airline, Aeroflot had suspended flight operations to Maldives following an escalation in the Russia-Ukraine conflict on March 8, leading to a 72.9 percent drop in tourist arrivals from the Russian market.

A similar drop in arrivals has been seen in the Ukraine market, with arrivals from the market dropping from 5,355 in January to 328 in march.

Tourist arrivals so far this year exceed past 2 years

Maldives has seen more than 11,000 tourists this year