Mahloof: Have informed all sports associations to abandon gender biases 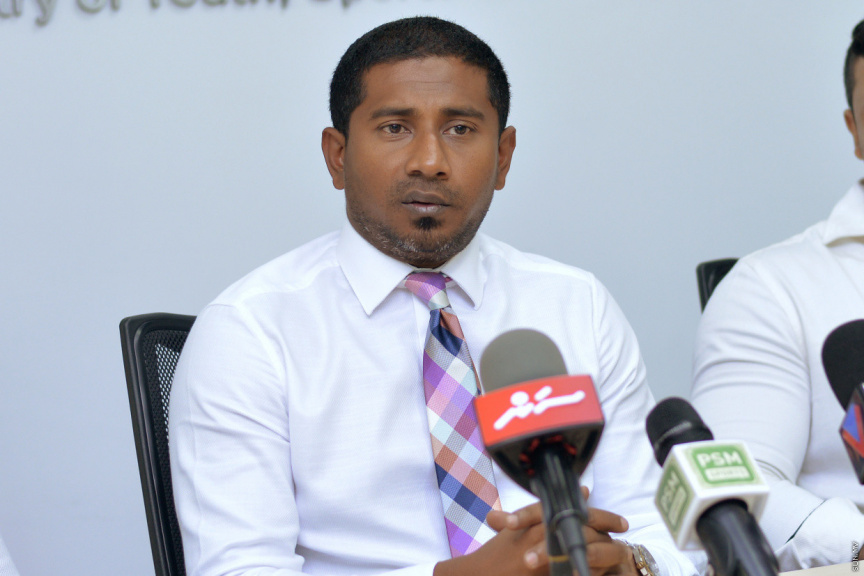 Minister of Sports, Youth and Community Empowerment Ahmed Mahloof on Wednesday stated that all sports associations have been informed to discard gender-related biases.

The minister was summoned to the Parliament to inquire about the work of the ministry.

While responding to a question asked by Kaadhidhoo MP Abdulla Jabir on why importance was not given to water sports, Minister Mahloof said that he was unable to fully agree with the MP’s statements.

He went on to explain that the expenditure on national sports associations and work done to promote various sports would be much more now.

Additionally, the minister noted the difference of MVR 5,000 in the prize money offered to the female winner compared to the male winner in the “Burunu Shikaara” Bodyboard competition organized by Maldives Bodyboard Association (MBB). He added that such gender biases were concerning.

“It is a great concern that the female category winner [of this year] was given prize money with an MVR 5,000 difference compared to the male category. About two years back have informed all sports associations to discard any differentiating between gender.”

The winner of the male category in the bodyboarding competition was awarded MVR 10,000 while the female category winner received only MVR 5,000.

"No lack of practice pitch for National Futsal team"

Minister: I will resign the day I am charged