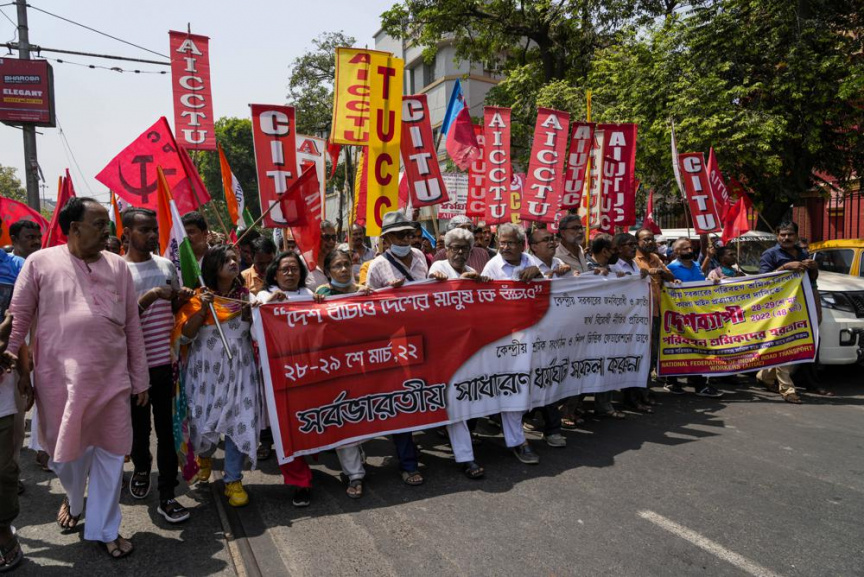 People living in India, including Maldivians, are feeling the impact as millions of workers began a nationwide two-day strike across India on Monday, disrupting essential services.

Labor unions in India launched the strike, ‘Bharat Bandh’, to express their anger at the government’s economic policies and press their demands for improved rights for industrial workers, employees and farmers.

The strike had little impact in India’s capital, New Delhi, and the financial hub of Mumbai, but daily life was affected elsewhere, including southern Kerala, where the state government led by the opposition Communist Party of India backed the protest. In some states, demonstrators blocked highways and railroad tracks, affecting public transportation.

Indian press report many of the government offices and private businesses in Kerala will be closed on Monday and Tuesday.

Banking services have also been affected as bank employees have joined the strike.

The labor unions that organized the strike want the government to provide universal social security coverage for workers in the vast unorganized sector, hike the minimum wage under a flagship employment guarantee program and stop the privatization of public-sector banks.

The strikers are also demanding that the government halt plans to sell state assets.

A Maldivian in Kochi to seek medical care told Sun that the strike was having a severe impact on essential services.

“All shops are closed. The inner roads are completely empty due to the protests on the main road. We are unable to find a three-wheeler to travel anywhere,” he said.

Kochi attracts a large number of Maldivian travelers who visit the city for medical and other purposes.

India’s Ministry of Power has appealed to regional governments to ensure facilities that provide essential services such as hospitals and railways don’t close due to lack of electricity.

Maldivian Foreign Ministry was not immediately available for comment regarding the situation in India.