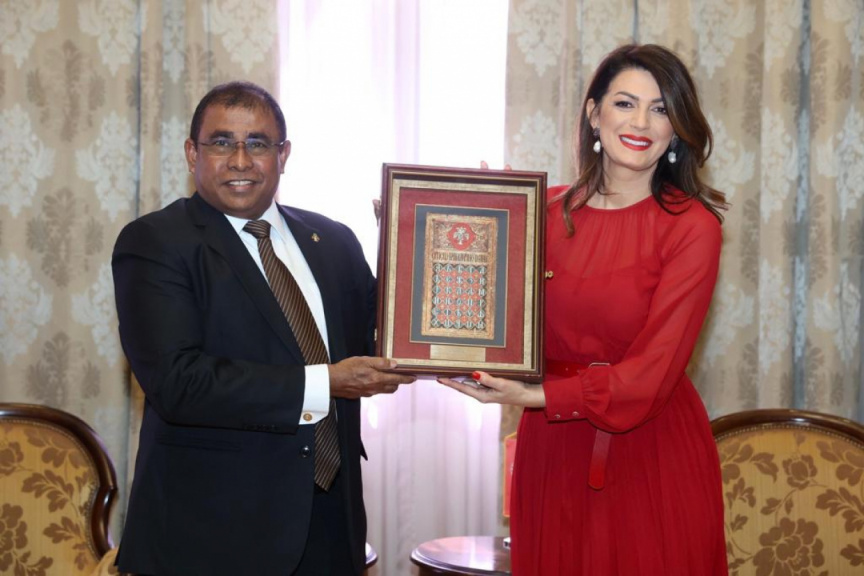 The meeting took place as part of Minister Mausoom’s official visit to Serbia in response to an invitation by his Serbian counterpart. During the meeting, both ministers discussed expanding cooperation between the two countries in the field of tourism.

Discussions also took place on expanding cooperation in the fields of business and trade.

Minister Mausoom departed on the six-day official trip to Serbia on last Tuesday. He concluded the visit and arrived back in Maldives this morning.