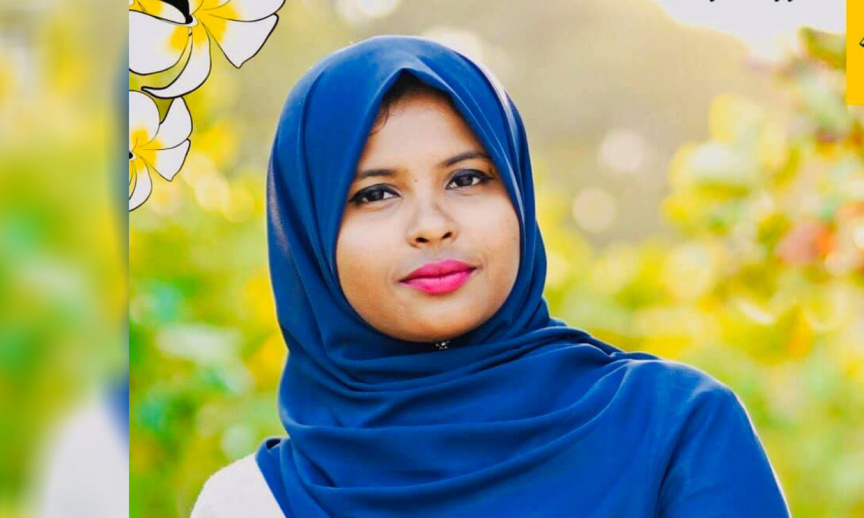 Male’ City Council has revealed that the government has yet to make a decision on the issuance of late Vilimale’ representative on Male’ City Council’s Women’s Development Committee (WDC), Aminath Eman’s allowance to her family.

Eman passed away on March 1, whilst on ventilator at ADK Hospital after sustaining critical injuries in a road accident in Hulhumale’ on February 27.

Following her death, the City Council had unanimously decided and proposed to the government that the monthly MVR 5,000 allowance received by WDC members be issued to Eman’s family, till what would be the conclusion of her term.

Enforcement of this decision was requested from Finance Ministry and Local Government Authority as well.

When questioned by Sun regarding the matter, Finance Ministry had failed to provide a concrete answer.

Eman was driving along Kuredhi Magu in Hulhumale’ on February 27 when she fell off her motorcycle.

She was alone on the road when the accident took place – and was only transported to the hospital approximately 20 minutes later, after a passerby saw her collapsed on the ground.