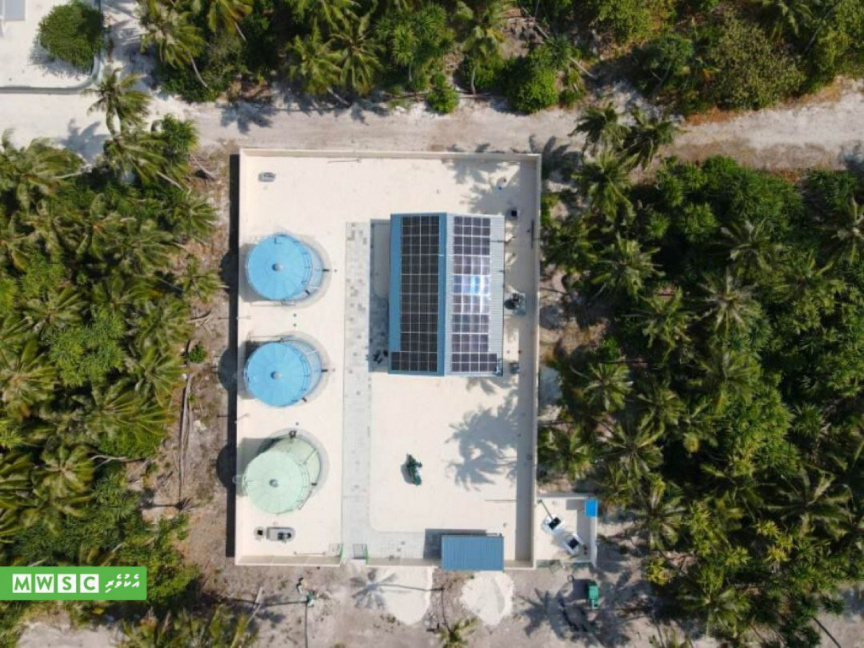 MWSC has announced the conclusion of water and sewerage projects in four islands. (Photo/MWSC)

According to a statement released by the company, projects were concluded in B. Goidhoo, R. Kinolhas, N. Maalhendhoo and N. Kudafari.

Moreover, water meters were installed in households, and connected to the main pipes.

As part of the sewerage project, the main sewerage network with a piping line was installed, build the administrative building was, established pumping stations, installed C-outflow. Additionally, households were connected to the main network as well.

Furthermore, under the project, generator sets needed for the water and sewerage system, vehicles and equipment needed to test water was provided.

The commission work was done by officials from the Ministry of National Planning, Housing and Infrastructure, FENAKA and MWSC who visited the islands.

Furthermore, MWSC stated that training programmes for operators who will be overlooking the system had also concluded.

The projects in all four islands were conferred to MWSC by the Planning Ministry and are worth MVR 163.55 million.