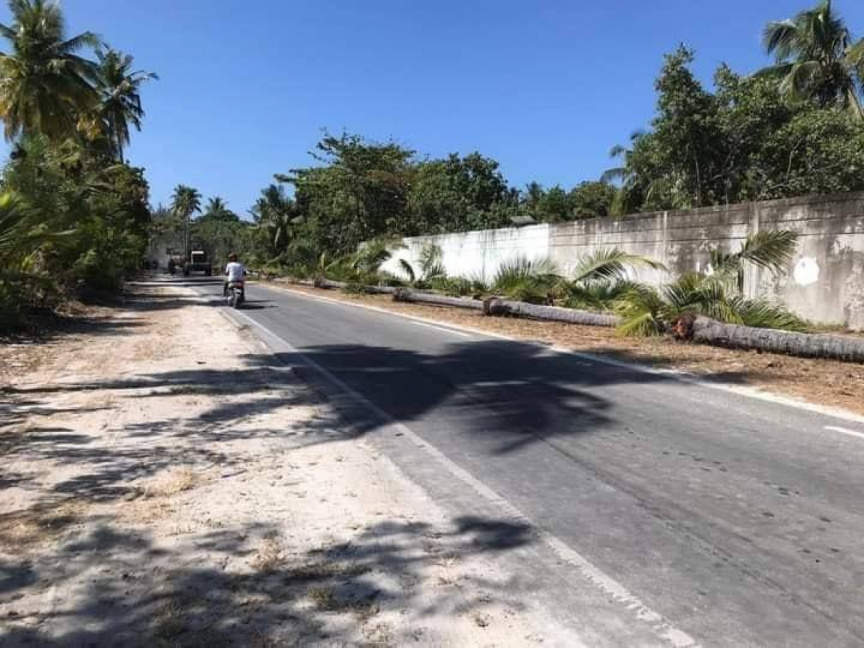 Environmental Protection Agency (EPA)’s Director-General Ibrahim Naeem states that the palm trees on the Addu City link road were cut with permission from the agency.

Naeem told Sun on Thursday evening that while EPA granted permission to have the trees cut, it is checking whether the trees were cut in accordance with the permit.

“The permit wasn’t to have all the palm trees cut,” he said.

Naeem said that the EPA began its probe in response to complaints from multiple parties.

Naeem said the EPA was also investigating a case involving the cutting of trees in Male’ City.

The Addu City Council cut 55 palm trees on the link road on March 10, citing that it posed a danger to the public.

A councilor from Addu said that the trees were over 70 years old, and posed danger to the public during windy or rainy days.

Pedestrian run over by truck in Addu; in ICU