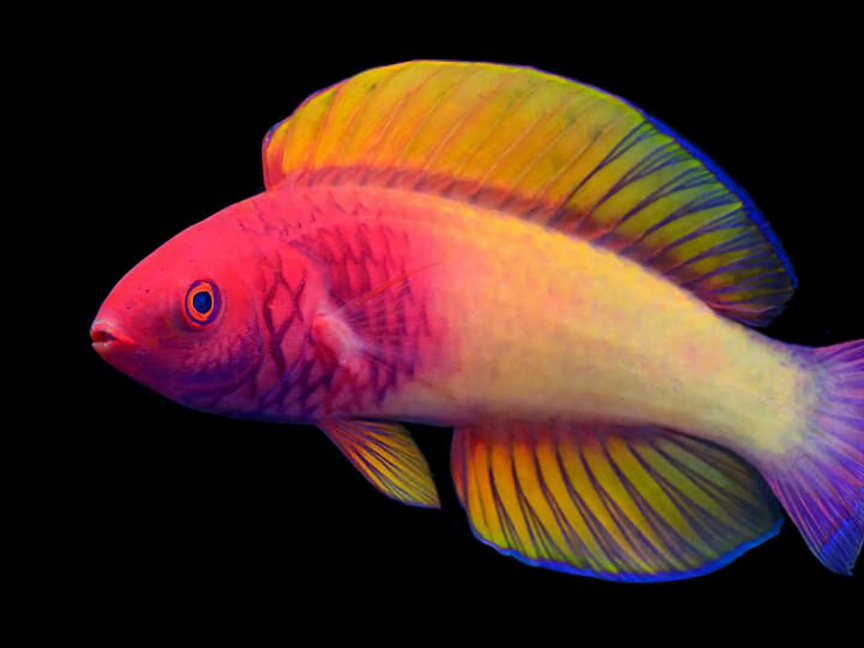 Cirrhilabrus finifenmaa (Rose-veiled fairy wrasse), that has been named in Dhivehi, after the Maldivian word for rose, 'finifenmaa'. (Photo/ ZooKeys)

A species of fish found in the waters of Maldives and Sri Lanka has been named ‘Finifenmaa’- the Dhivehi word for rose.

According to Zookeys, this fish belongs to the “C. jordani species complex, a group of deep-water fairy wrasses found mostly in mesophotic coral ecosystems.”

Moreover, the website noted that name was derived from the Dhivehi word ‘finifenmaa’, and that it alluded to the ‘live colouration of this species.”

“The pink rose fiyatoshi finifenmaa (Rosa spp.) is also the national flower of the Maldives. To be treated as a noun in apposition. The common name is given after the facial patterns of the species.”

The Maldives Marine Research Institute noted that this was one of the very first species to be named in Dhivehi – the local language of Maldives.

An in-depth analysis of the species has now been shared on ZooKey. The website is peer-reviewed, open access, online and print, rapidly published journal, launched to support the free exchange of ideas, data and information in all branches of Zoology.

Currently, ZooKeys comes second place in the Index of Organism Names among the top 10 journals publishing the greatest number of new taxa in Zoology.

Although the species just got its name, this variety is already exported for business.