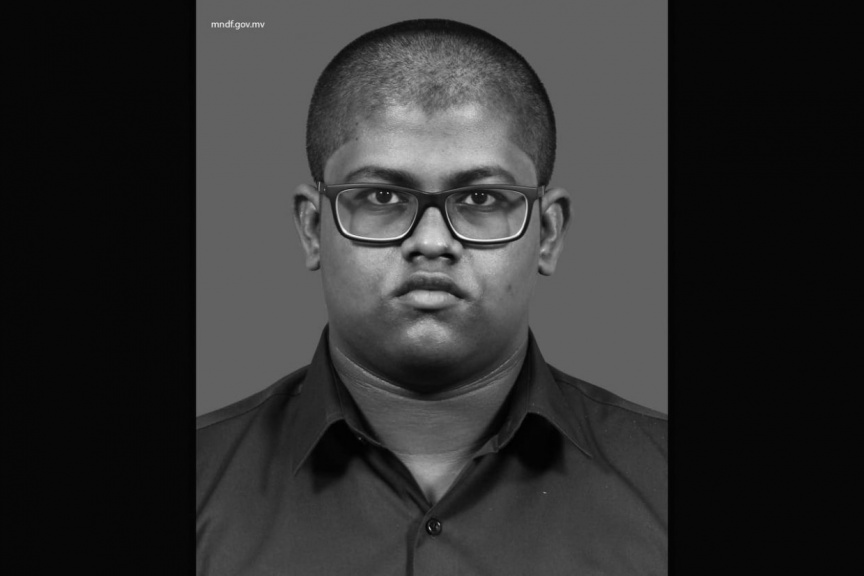 Maldives National Defense Force (MNDF) has announced the death of a young officer who had been undergoing training in Lh. Maafilaafushi.

According to MNDF, Raafil was taken to the hospital after he suffered from respiratory difficulties while in Maafilaafushi.

He was initially treated in Maafilaafushi before getting transported to Naifaru for further treatment.

Raafil was not known to be on medication for any pre-existing medical condition.

MNDF has yet to disclose any further details regarding his death.