Education Minister: Trained principals will be appointed to all schools next year 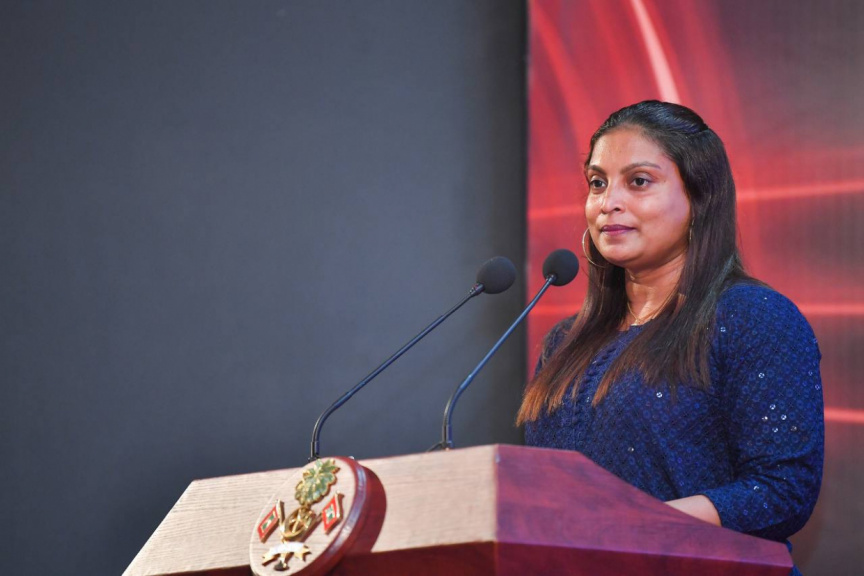 Education Minister Dr. Aishath Ali has stated that trained principals under the ‘Principal’s Scholarship Scheme’ will be appointed to all schools lacking permanently appointed principals or has foreign principals in next year’s April.

Speaking at a ceremony held last night to inaugurate the ‘Principal’s Scholarship Scheme’, Minister Aishath Ali stressed that no efforts have been made to train principals in a properly planned or permanent manner at a recent date. She cited this to be a reason why finding educated principals was so hard in the Maldives.

Minister Aishath Ali underscored that individuals undertaking the post of a principal garners the attention of many, in an addition to attracting many hurdles. She also stated that establishing and maintaining good relationships with students, teachers and parents is also a responsibility of a principal.

“True education and learning of principals begin after they take charge of a school,” she had said.

Speaking further, Minister AIshath Ali said that being a good principal is not something which can be just achieved through education. She added that making concrete decisions, maintaining good relations and bringing a positive change to education of students are also responsibilities of a principal.

The ‘Principal’s Scholarship Scheme’ is an initiative of the Education Ministry to train principals needed for all government schools. At last night’s inaugural ceremony, Vice President Faisal Naseem presented award letters for 20 principals who are recipients of the scholarship. They are set to depart to Malaysia this month, to commence their courses.

'Difficult to find capable principals due to low wage'