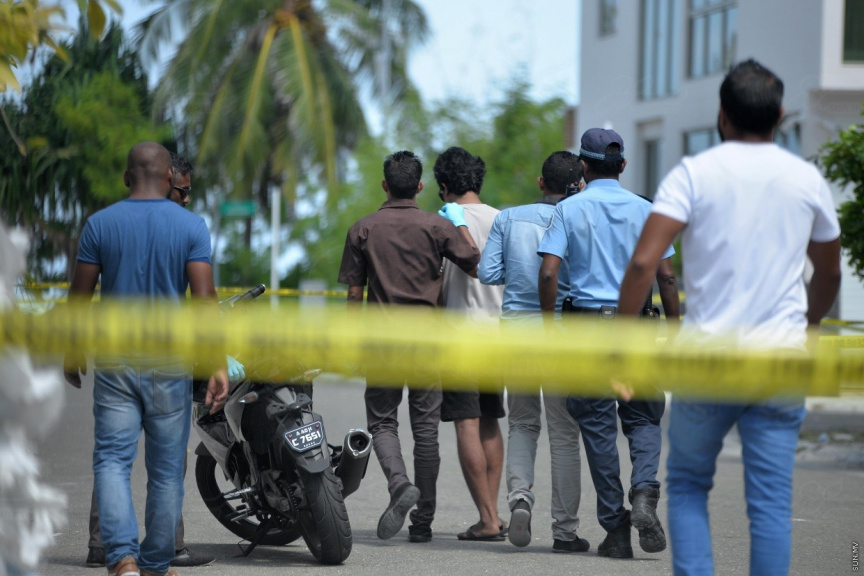 Police arrest a suspect in an operation in Male' City. (File Photo/Sun)

The suspect arrested in a counter-terrorism operation in suburban Vilimale’ back in January – who police believe to be a prominent operative associated with the terror group ISIS - has been found to have been previously arrested for rape of a young girl.

Sun is able to confirm the identity of the suspect as Hood Mohamed Zahir, 30, V. Velvahtha.

He was arrested by Maldives police in a joint operation involving the US Federal Bureau of Investigation and authorities from two European nations on January 6.

According to Commissioner of Police Mohamed Hameed, Hood is suspected of running ISIS’ media campaigns propagating extremism and, and more specifically, calling for perpetration of terror attacks on European soil and harm to European leaders.

Sun has been informed that Hood is one of six suspects arrested for the gang rape of a 14-year-old girl in Vilimale’ in 2010.

However, neither he nor any of the other suspects were convicted of the crime.