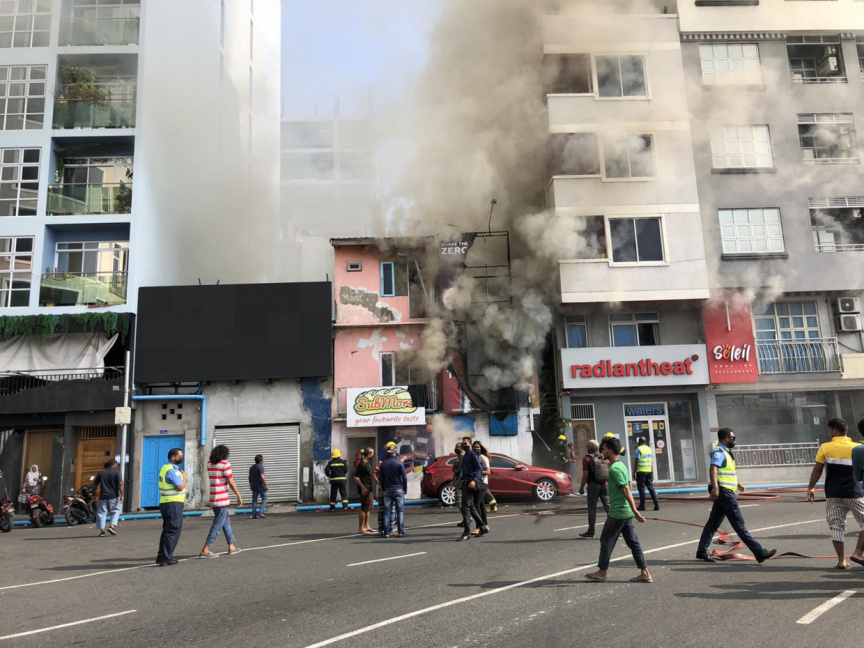 A fire broke out in Henveiru district of Male’ City on Wednesday, leaving 10 people in the hospital with smoke inhalation.

The fire originated from a billboard outside H. Nooali.

Maldives National Defense Force (MNDF) said that 10 people were taken to the Senahiya Military Hospital for treatment for smoke inhalation.

The fire broke out at approximately 08:55 am.

MNDF’s firefighters attended to the scene and put out the fire at approximately 09:25 am.

An eye witness told Sun that the fire on the billboard appeared to have spread inside the building.

The extent of damage to the building is unclear at this point.