Foreign Ministry advices against travel to Ukraine, urges Maldivians at Ukraine to register themselves 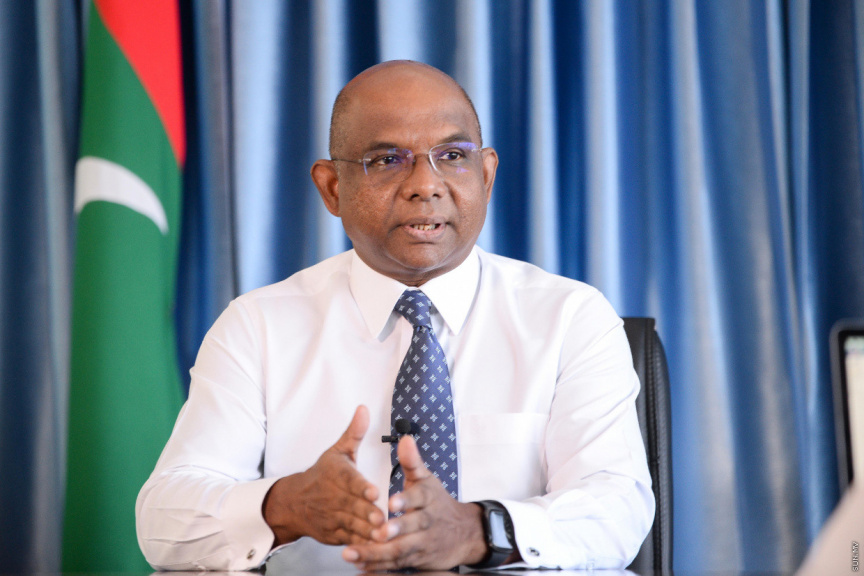 Subsequent to the escalating tensions between Russia and Ukraine, with a war possibly hanging over –Foreign Ministry has instructed Maldivians living in Ukraine to register themselves at the Maldivian Embassy in Germany.

Fifty Maldivians are currently residing at Ukraine for education and other purposes.

Foreign Ministry, on Tuesday, said that they were closely monitoring the status of all Maldivians currently at Ukraine.

The Ministry also advised locals against traveling to Ukraine during this period of instability.

“In addition to this, we highly urge Maldivians currently living in Ukraine to adhere to instructions by Ukrainian government and to take safety precautions,” they added.

On Monday, Ukraine’s President Volodymyr Zelenskyy issued a global statement saying that Russia would attack his country sometime today. Later on, the Zelenskyy’s Spokesperson clarified that the statement was based on reports by media outlets.

In mid-December 2021, the Russian Foreign Ministry issued a set of demands which included a ban on Ukraine entering NATO and a reduction of NATO troops and military equipment in Eastern Europe in order for its military forces to be withdrawn.

These demands were rejected by the United States and other allies of NATO, and also warned that if Ukraine is invaded, there will be retaliation through means such as economic sanctions, and deploying assistance including small arms and other defensive weaponry.

The situation continues to escalate, and along with it, the fear of war. Russia has stationed over 100,000 military personnel outside the borders of Ukraine as of present.

Many countries have urged their nationals residing at Ukraine to leave the country, including the United States. Embassy of United States in Ukraine has also been shut down.

Police seek man for investigation of a blackmail case