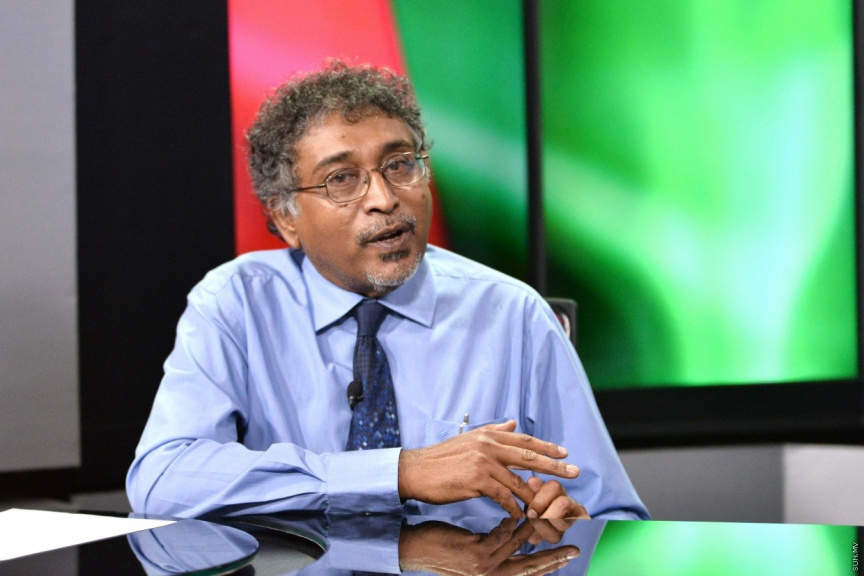 The former Head of Financial Intelligence Unit (FIU) under Maldives Monetary Authority (MMA) Ibrahim Athif Shukoor said that he was shackled as the head of the unit, but he now has the independence to speak.

He was charged with money laundering in February 2020 for failure to notify authorities of millions in suspicious transactions between Maldives Marketing and Public Relations Corporation (MMPRC) and SOF Private Limited – the company that played a key role in laundering money embezzled from MMPRC.

Athif made these remarks during the hearing of this case held at the Criminal Court on Monday.

Noting that this was his first instance of addressing in such a manner, he apologized before beginning his statement.

Athif stated that he handed in his resignation just seven months and 22 days into the job as there was no longer any room for him to carry out his obligations.

Responding to the allegations against him, Athif stated that the said transaction took place while he was on leave, attending a training programme to combat money laundering and terrorism financing.

He went on to say that upon returning, he noticed the transactions and so reported them to the governor of MMA. He added that his actions were in line with what was dictated in his job description for such circumstances.

“As soon as the issue was flagged, I notified the governor of MMA. Reported in writing.”

The Governor-General of MMA at the time was Azeema Adam who the Anti Corruption Commission (ACC) found to be not complicit in the MMPRC embezzlement case.

Speaking further about his reasoning behind the resignation, Athif said that he saw that there was nothing more to achieve but self-destruction if he continued to carry out the obligations of his position.

He highlighted the former Auditor General Niyaz Ibrahim as an example of this, stating that he was forced to flee the country because he carried out his responsibilities.

At this point, upon an indication from his defence lawyer and sister Aazima Shukoor, Athif submitted Niyaz as one of his witnesses.

In addition to former Auditor General Niyaz, three other names: Yameen Adam, Ahmed Ahsad and Abdulla Ashraf, were put forth as defence witnesses.

Notably, in the hearing today, Athif revealed information he had not shared previously.

For instance, he revealed that in June 2014, large amounts of money from 40 to 50 million were distributed, adding that details of the origin accounts and to where the money gets deposited were to be seen as well.

Indicating that these took place prior to him taking office, he said they were discovered while studying previous transections.

Athif accused government authorities and banks of being involved in carrying out those transactions.

Additionally, he said that one of the biggest reasons behind his resignation was not having the power to stop them.

He further accused that although being aware of the ongoing corruption at the time, due to threats from ‘powerful individuals’ he was unable to take any action.

“At that time (in the previous government) ministers and high profile lawyers were shackled.”

Moreover, Athif said that even after his resignation, nothing has changed, and the money laundering went on happening.

The FIU works independently from the MMA and is tasked with notifying authorities of suspicious financial activity.

'No risk of bankruptcy for as long as we have tourism'

'Better to raise taxes such as GST as a last resort'

"Other countries concerned over ‘India Out’ campaign"