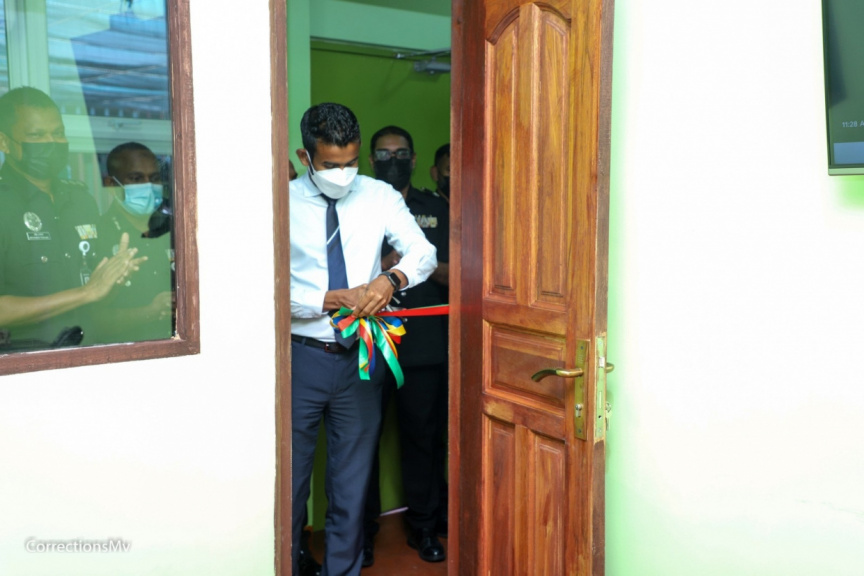 Maldives Correctional Service has opened three courtrooms at the Male’ Prison, designed to accommodate virtual hearings for inmates and suspects detained at the prison.

The courtrooms were opened by Commissioner of Prisons Ahmed Mohamed Fulhu on Sunday.

Male’ Prison previously did not have courtrooms dedicated for virtual hearings. The meeting room, lawyer’s room and family visiting rooms were used instead.

Ahmed said that Maldives Correctional Service needed to hold a large number of suspects pending the outcome of their trials. He said that 298 suspects needed to be held Sunday alone, over 80 of them linked to cases in the atolls.

“Transporting them from one place to other is both hard and costly. The courtrooms offer a huge relief,” he said.

Speaking at the ceremony, Director of Male’ Prison, Mohamed Tholal said there were currently 131 suspects jailed at the Male’ Prison pending the outcome of their trial. He said that it was a huge number.

Tholal said that inmates and suspects often complained of delays in their trials, and that the courtrooms would provide a remedy to the issue and expedite trials.