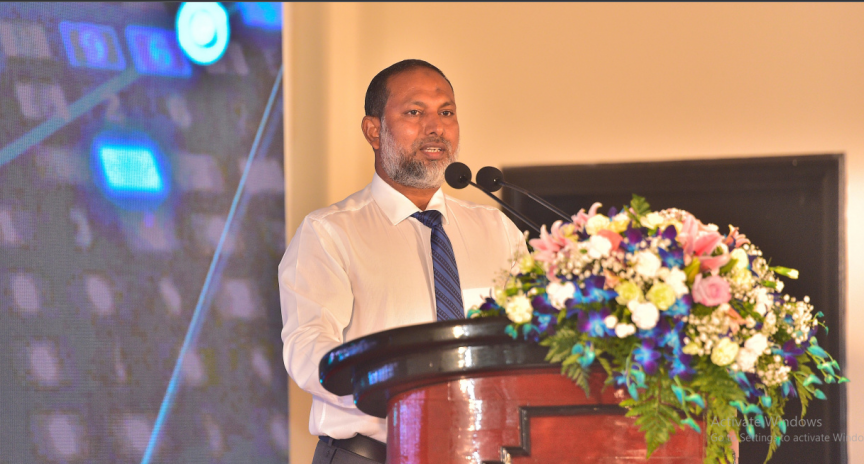 Minister of Home Affairs Imran Abdulla stated that the newly introduced body-worn cameras will ensure the protection of both civilians and police officers.

Addressing the gathering held at Iskandhar Koshi to inaugurate the use of the camera’s Minister Imran said that with these devices, it would be easier to get to the bottom of cases and find out who needs to be held responsible.

He went on to state that these cameras are a vital step in Police reform, hence, the government, Commissioner of Police and Executive officers had given high priority to begin using them.

“This would provide a clear solution to the accusations and fingers pointed at officers in certain situations.”

The body-worn cameras were inaugurated in Male’ and Addu City with 200 cameras and are to be used in traffic petrol, drug-related operations and other specialist operations.

Additionally, Police stated that there are plans to utilize them in protests and other gatherings, however, at the moment there are not enough cameras to use for every single such occasion.