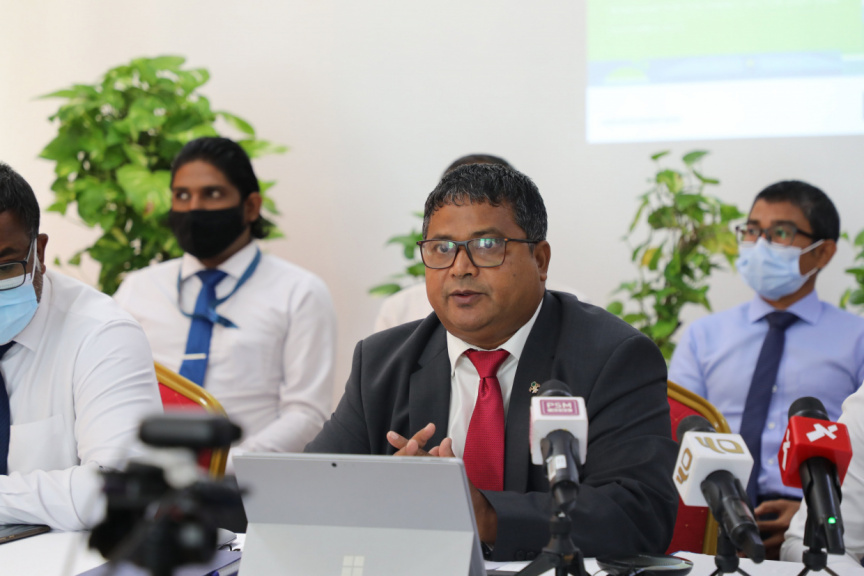 The Minister of Fisheries Dr Hussain Rasheed stated that investigation was underway into the issue of 120 birds being put under, and that action will be taken if necessary.

The Ministry revealed that 120 birds that were imported to Maldives have been put, there has been public outcry over the matter, with citizens and environmentalists raising concerns.

Responding to the concerns, Dr Hussain stated that they are looking into the events that lead to this and that if anyone had done anything outside of the law, action will be taken against them.

“I am reaching out to the relevant parties to establish how this happened. After that I can say for certain what happened.”

Additionally, the Fisheries Minister said that everyone must act as per the law, and if the outcome of that is a bad one, then the laws must be amended in a way that maintains peace and is in accordance to the wishes of the people.

Under the current laws, authorities are granted the power to destroy anything that has been imported illegally, including the power to put down animals

Fisheries Ministry states that the birds were imported without a permit, and the killing was done after consultation with Attorney General.

Meanwhile, the Attorney General’s Office has stated that advice was given to send the birds back.

The Communications Director of AG Office Hussain Hassan said that documents show that the birds were imported, and subsequently detained within September, October and November 2021. He noted that apart from quarantining the birds, no action was taken against those who imported to date.

“Has been about three months, since (the birds) have been kept at the airport. When brought to Maldives, did not have the permit to import this type of bird. But later the list was updated, and the permit was granted for this type of birds as well,” he had said.