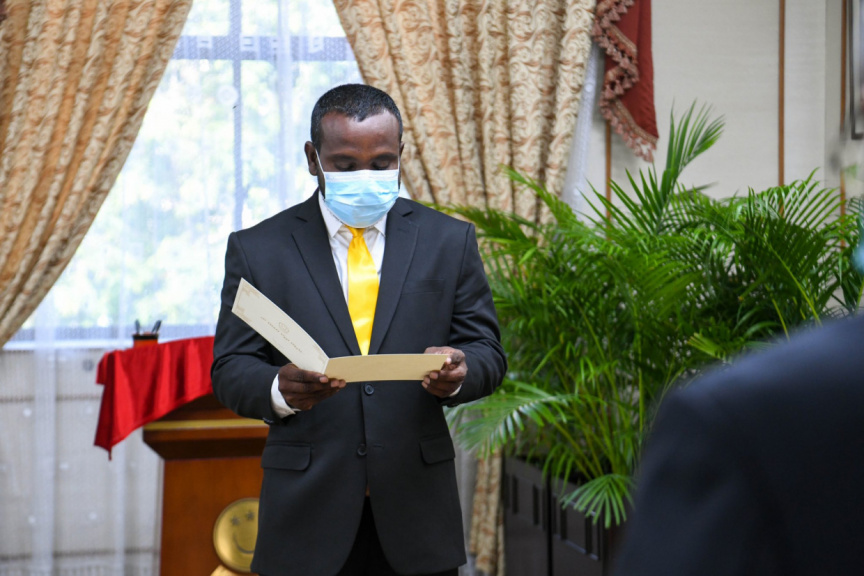 During a special ceremony held at the Parliament building, Raashid was sworn in by Supreme Court Justice Husnu Al Suood.

The Speaker of the Parliament Mohamed Nasheed, as well as some of the other Parliamentarians, were present during the ceremony.

Rashid was sworn in by Supreme Court Justice Husnu-Al-Suood. Speaker of the Parliament Mohamed Nasheed and some parliamentarians were present at the ceremony.

After being sworn in, MP Raashid attended took part in the Parliament session afterwards.

Komandoo parliamentary seat was left vacant following the death of MP Hussain Waheed on December 14, 2021. He died at the age of 53 years in a hospital in Male’ City after a year-long battle with cancer.