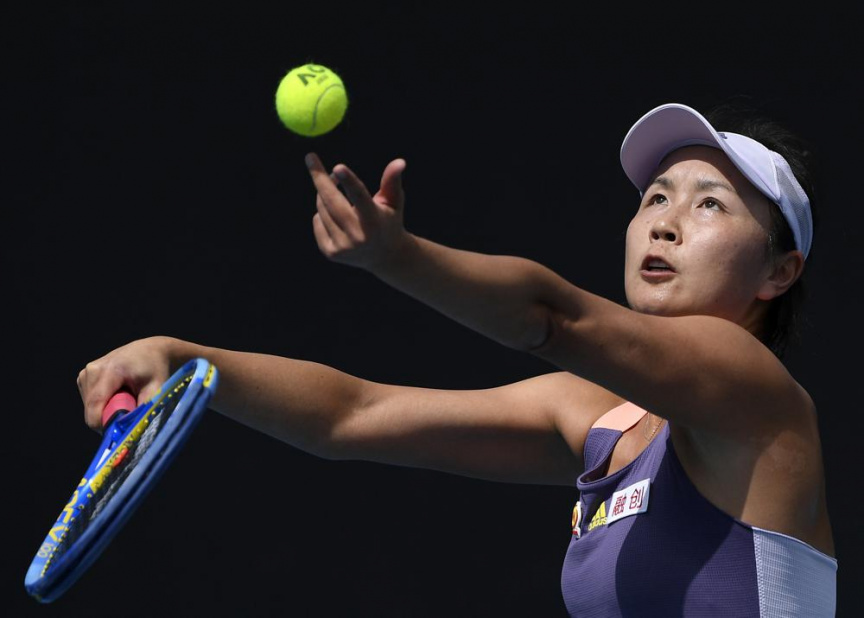 BEIJING (AP) — Chinese tennis player Peng Shuai has told a French newspaper that international concern over her well-being is based on “an enormous misunderstanding” and she denied having accused a Chinese official of sexual assault.

L’Equipe, which specializes in sports news, published the interview Monday. The publication said it spoke to the tennis player a day earlier in a Beijing hotel in an hour-long interview organized through China’s Olympic committee.

The newspaper said it had to submit questions in advance and that a Chinese Olympic committee official sat in on the discussion and translated her comments from Chinese.

The newspaper published her comments verbatim – which it said was another pre-condition for interview – in question-and-answer form.

L’Equipe asked Peng about a post in November on her verified account on a leading Chinese social media platform, Weibo, which kicked off a storm of international concern about her.

In that post, Peng wrote that Zhang Gaoli, a former vice premier and member of the ruling Chinese Communist Party’s all-powerful Politburo Standing Committee, had forced her to have sex despite repeated refusals. Her post also said they had sex once seven years ago and she had feelings for him after that.

Peng briefly disappeared from public view, then appeared at some promotional appearances arranged by the government. The interview with L’Equipe was her first sit-down discussion with non-Chinese media since the accusation.

But speaking to L’Equipe, Peng denied having accused Zhang of assault.

“Sexual assault? I never said that anyone made me submit to a sexual assault,” the newspaper quoted her as saying.

“This post resulted in an enormous misunderstanding from the outside world,” she also said. “My wish is that the meaning of this post no longer be skewed.”