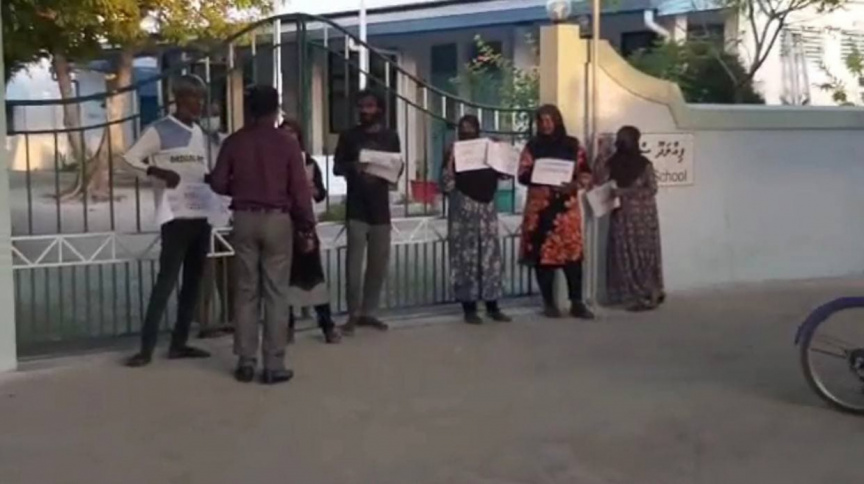 Parents protest in front of HA. Filladhoo School on February 6, 2022.

A group of parents in HA. Filladhoo locked the local school’s gates and staged a demonstration on Sunday, in protest over lack of principal at the school.

Filladhoo School has been without a principal for three years.

The protesting parents went to the school at approximately 07:00 am, and locked the gates with custodial workers inside.

They stopped students from going in.

Filladhoo Council’s president Fathuhulla Hassan told Sun while it had been two-three years since the school had a principal, Filladhoo School had been on the announcement most recently posted by Education Ministry seeking principals.

“So, it looks like they are doing this because we are about to get a principal,” he said.

“No one can lock any place. They cannot lock employees in and hold them captive. But they can protest.”

Fathuhulla said he finds no issue with peaceful protest, but find disruption to students’ education unacceptable.

He said that police were sent to break open the lock, and that students have begun classes.

Video of the protest circulating on social media show the it involved only a handful of parents.