Raashid: This result of government’s projects, no influence on election 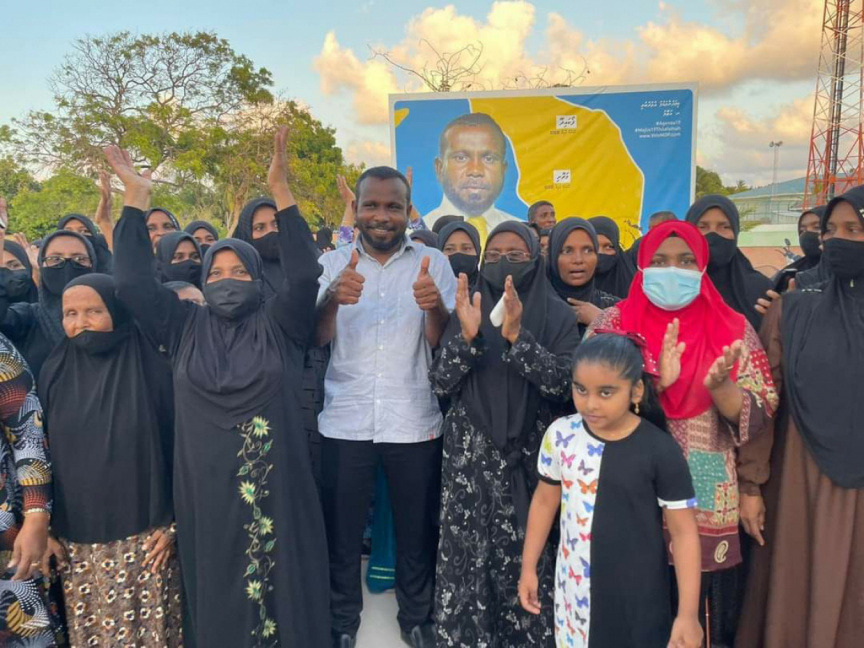 Raashid who won the Komandoo by-election with his supporters.

The candidate for Maldivian Democratic Party (MDP) Mohamed Raashid who won today's by-election held for the Komandoo constituency of the Parliament stated that the results were due to the projects initiated by the government.

Following the death of the sitting member of Komandoo constituency, a by-election was held for a new member.

The result for all but one box has been announced. From the temporary results, Raashid led with 1,119 votes. His closest opponent was the candidate for the Progressive Party of Maldives (PPM) Moosa Fathuhee, who received 924 votes.

Despite the opposition candidate announcing that he accepted the result, both he and PPM has accused the government of influencing the outcome of this election.

Responding to these allegations, Raashid said, “I do not believe the government influenced the election in any way. The President coming here is not influencing.”

Noting that the results today was hard work of members from the President to the individual members of the party, he expressed gratitude towards them all.

“..And also the large scale projects initiated by the government,” he added.

Raashid went on to state that the projects here (in Komandoo) have been ongoing from day one of the administration in an orderly manner.

“If initiating projects is what they (opposition) claim as an influence, that influence. But I do not believe (that it is influence).”

Additionally, Raashid assured that even if the election has concluded, the developmental projects started for the area would not be stopped, and stated that additional projects were planned as well, that would begin on allocated dates.