MP Adam Shareef: PPM will win Komandoo by-election with over 60% of votes 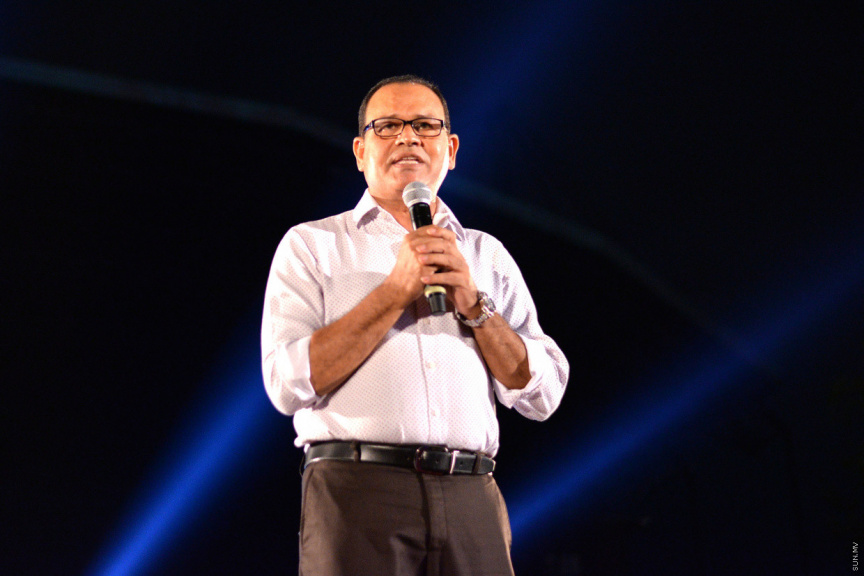 Adam Shareef told Sun on Tuesday evening that he expects Fathuhy to win over 60 percent of votes based on results of previous elections, as well as Fathuhy’s capabilities and his popularity.

He said that surveys conducted by the opposition coalition show Fathuhy will win over 60 percent of votes from Komandoo, and nearly 60 percent from Foakaidhoo.

However, the votes that can be expected from Maroshi is harder to determine, he said.

“From Maroshi, we, In Sha Allah, expect 58-59 percent votes. But from Komandoo, we expect at least 60 percent,” he said.

Adam Shareef said they expect MNP’s candidate Abdul Hannan Idrees to be Fathuhy’s closest rival, as he has served as a teacher in Komandoo’s school.

Adam Shareef repeated the opposition’s allegations of attempts by the government to influence the by-election.

He said that the move by the government to launch major projects in Komandoo district ahead of the election which hadn't been previously budgeted was evidence of influence.

“MDP came to power claiming they had zero tolerance to corruption. But they are spending money, exerting influence and running projects. Everyone knows this is corruption. Given this, it's clear that their words and actions don’t match,” he said.

MDP has launched a major campaign for their candidate Rashid, marked by visits to the district from MDP leaders, heads of state-owned enterprises, and government coalition partner JP’s leader Qasim Ibrahim.

The by-election is scheduled to be held on Saturday, February 5.