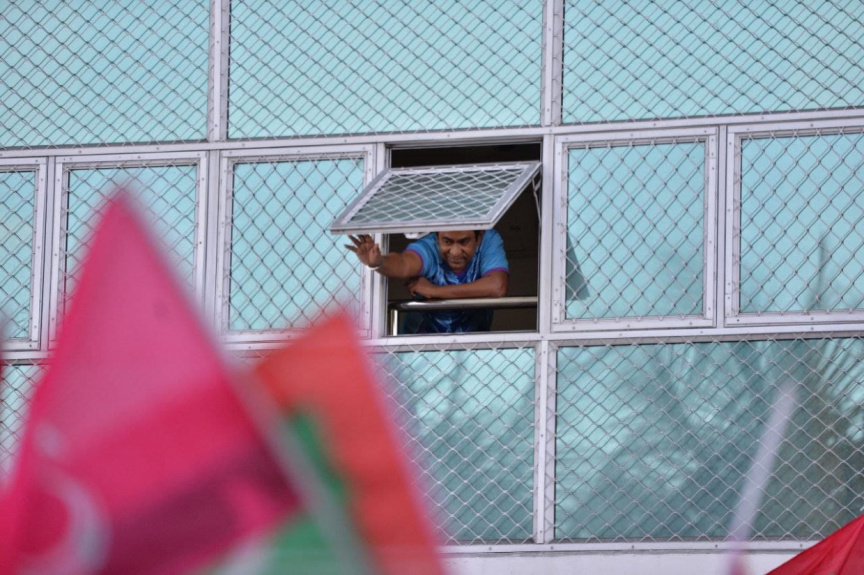 Progressive Party of Maldives (PPM) has filed a complaint with the Parliament’s Judiciary Committee alleging undue influence in the trial of the money laundering case against former President Abdulla Yameen Abdul Gayyoom in connection to the sale of V. Aarah for resort development.

The complaint was filed with the Judiciary Committee after the schedule formulated for the trial at a hearing held on January 27, was brought major changes. On this note, the sentencing in the case which was originally scheduled for November 25, has been moved up to June 30.

A letter sent by Naifaru MP Ahmed Shiyam to Parliament Speaker read that the trial held by the Court cannot be viewed as just, as Yameen’s trial is proceeding whilst Youth Minister Ahmed Mahloof’s bribery case, in connection to the MMPRC graft scandal, has been postponed until the COVID-19 situation in the country improves.

“Trials heard at courts should be fair and just for all parties. However, what is being witnessed right now is the government putting their hands inside the courts and infringing the rights of President Yameen in violation of the equality guaranteed by Article 20 of the Constitution,” the letter read.

He is accused of misusing his position and taking a USD 1 million bribe as well as laundering the money in the sale of Aarah to Yoosuf Naeem, a former parliamentary representative for Felidhoo constituency.

Meanwhile, Naeem is charged with giving a bribe in the same case.

Yameen is also charged with money laundering and bribery in connection to the lease of R. Fuggiri for resort development.

He is accused of taking a USD 1.1 million bribe for the lease of Fuggiri, and laundering the money through Sun Contruction and Engineering Pvt. Ltd. and Sun Investment Pvt. Ltd.

Both Sun Construction and Engineering and Sun Investment have denied the allegation.

Yameen had previously been sentenced to prison for laundering USD 1 million from the sale of GA. Vodamula. However, the conviction was overturned by the Supreme Court in November last year.