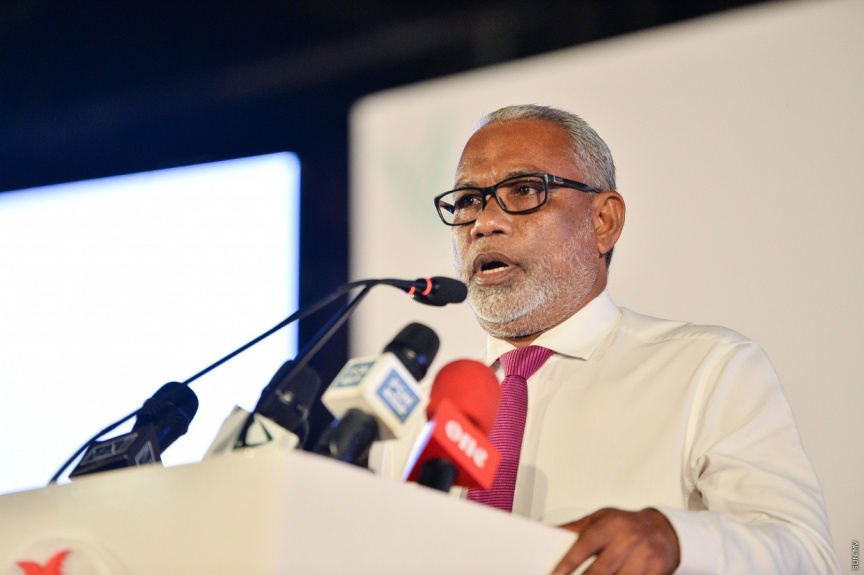 His remarks were in response to comments by members of Maldivian Democratic Party (MDP) stating that the former President would have to go back to jail.

Speaking at a campaign gathering held in Sh.Komadoo for the opposition’s candidate Moosa Fathuhee in the upcoming Komandoo by-election, Abdul Raheem stated that people now want to bring back Yameen as President.

In addition to this, Abdul Raheem said that PPM was the only party that understood the sentiments of the people and bring the progress that they want.

Former President Yameen was freed in November 2021, after the Supreme Court overturned the five-year prison term in the money laundering case against him.

However, hearings are ongoing for the case against Yameen in the sale of Aarah, with him being charged with misusing his position and taking USD 1 million bribes, in addition to money laundering.