52 newspapers, journals that are not regular publishers to be dissolved 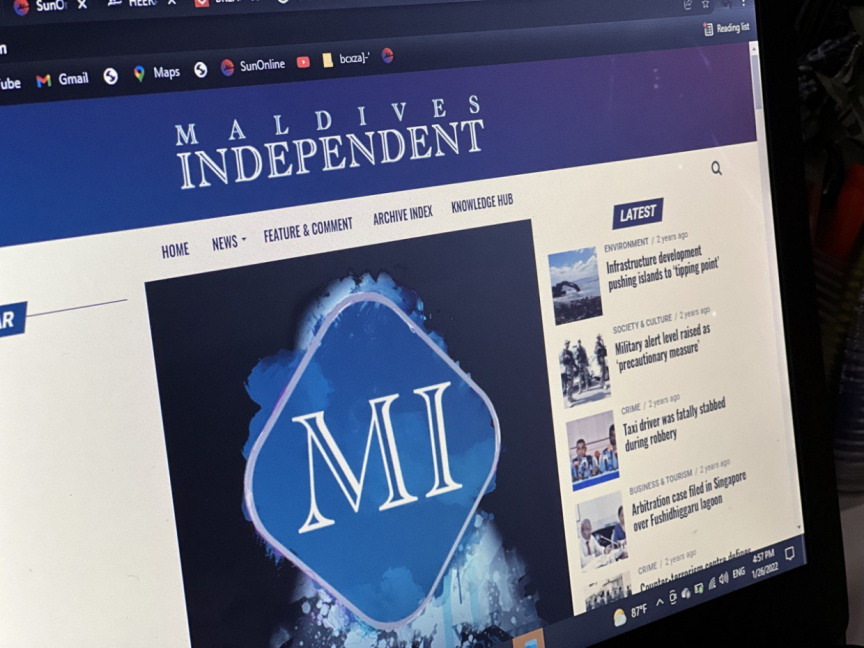 Computer screen displays the website of 'Maldives Independent', an English online news that halted operations in 2020.

Home Ministry has announced that they will be dissolving 52 newspapers and journals that are not regular publishers.

As per the Regulation on Newspapers and Journals formulated in 2018 – if a newspaper or journal fails to make a publication three times in a row, without extenuating circumstances, such a newspaper or a journal shall be dissolved.

The list of newspapers and journals publicized by the Home Ministry today includes the English online news, Maldives Independent. Registered in 2014, the paper’s editor as penned down in the list, Zaheena Rasheed, presently works at Al Jazeera. In 2020, the paper had publicly announced the suspension of its operations.

The list also includes ‘Sarukaaru Habaru’ which was publicized by the President’s Office during former President Yameen Abdul Gayyoom’s administration.

It is noted that a large number of newspapers and journals registered in the Maldives are not regular publishers. Despite this, such newspapers have the right to vote in Maldives Media Council elections.