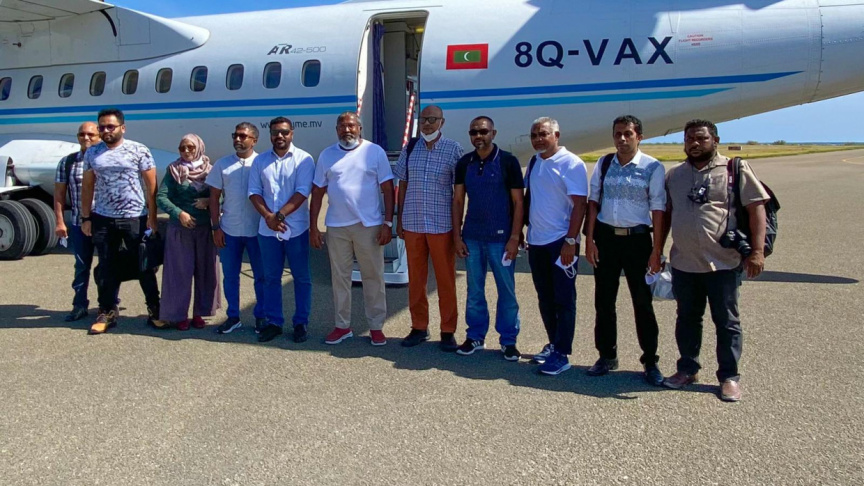 Qasim alongside a delegation of senior officials from JP arrived at Shaviyani Atoll for the campaign, today.

Qasim is set to visit the three islands in the Komandoo constituency during this trip.

Vice President Faisal Naseem, who is a member of JP, had also visited Komandoo previously, for the by-election campaign.

President Ibrahim Mohamed Solih had also been scheduled to attend the event, but had to cancel the trip after he tested positive for COVID-19.

Apart from JP, the only other party that has endorsed MDP’s candidate in the Komandoo by-election is Adhaalath Party.