Defense Minister Mariya urges bodyguards to not be political 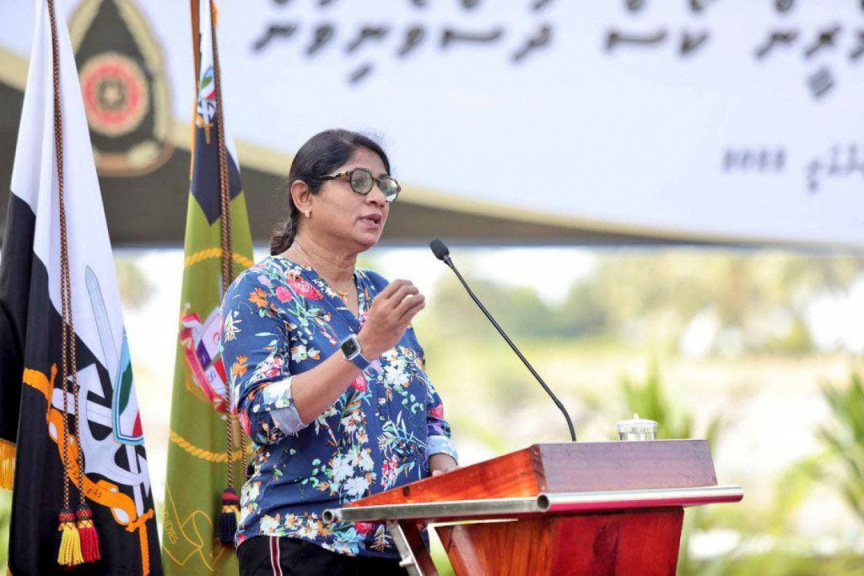 Defense Minister Mariya Ahmed Didi has stated that MNDF’s bodyguards should be impartial and work with utmost professionalism and competency.

Minister Mariya made the statement whilst speaking at the closing ceremony of MNDF’s 13th Bodyguard Training Course held at Southern Area Training School.

Minister Mariya said that bodyguards should work with impartiality with and utmost professionalism and competency instead of viewing it as working for political figures for a period of five years.

She also urged to take example of the courage, attentiveness and professionalism shown by MNDF officers who were standing as bodyguards for Parliament Speaker, former President Mohamed Nasheed during the terrorist attack targeted towards him on May 6, 2021.

She further stressed that after getting out of an institution free from political influence – to work with political leaders 24 hours; personal security officers should prioritize attending to the security matters of the VIPs assigned to them as perfectly as possible – without political bias.