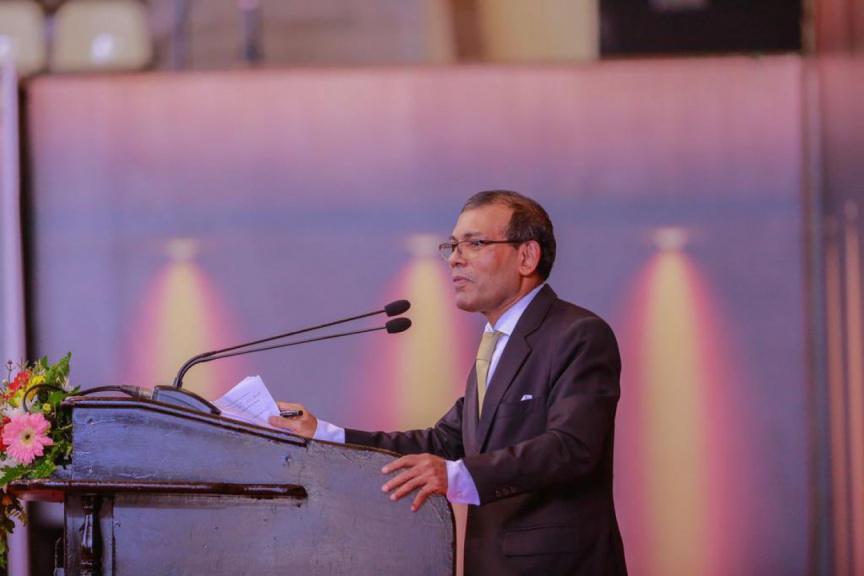 Maldivian Parliament Speaker Mohamed Nasheed states he believes the debt of countries in the South East Asia is linked to climate change.

In his address as chief guest at the second session of the fifth Sri Lanka Youth Parliament on Tuesday, the former Maldivian leader said that debt is one of the most serious problems facing countries in the South East Asian region, and that he believes it is linked to climate change.

“Debt is also another serious problem which affects countries across South East Asia. I also believe that in so many ways, our debt is linked to climate change. We all need infrastructure. And we all have to go into debt,” he said.

“I sat round a table of 20 world leaders in Copenhagen in 2009, and watched with horror as some countries refused to allow the rest of the world to move forward and take bold action. In Glasglow last month, I saw similar scenes,” he said.

Nasheed encouraged young people to come forward and fight on issues of importance such as climate change.

“It is clear that the old way of doing things, when young people remain quiet and wait their turn for political power, isn’t working anymore. There are issues on which your voice and your interests need to be properly represented,” he said.

Nasheed travelled to Sri Lanka to attend the second session of the fifth Sri Lanka Youth Parliament on Sunday.

He is also set to meet top Sri Lankan government officials and investors during the visit.