Ghana eliminated from African Cup in shock loss to Comoros 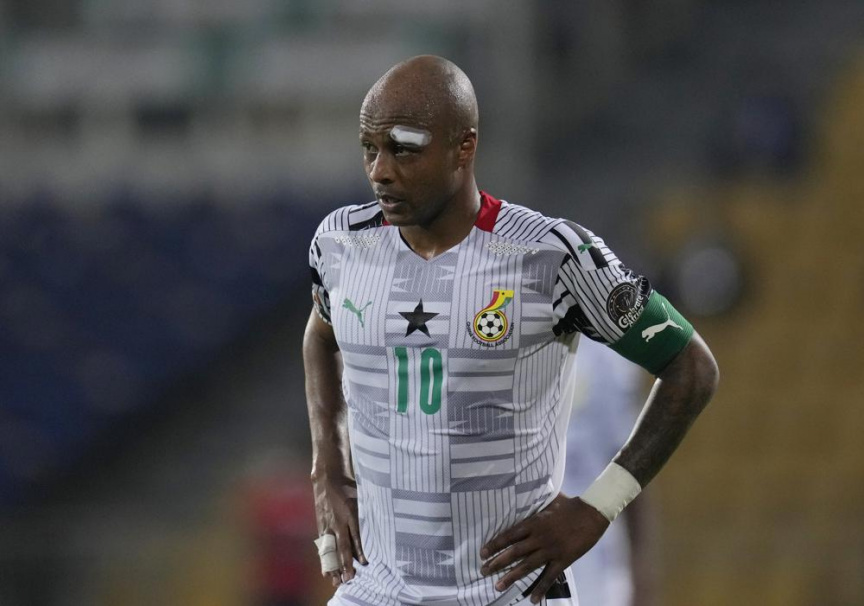 GAROUA, Cameroon (AP) — Four-time champion Ghana was eliminated in the group stage at the African Cup of Nations on Tuesday with a 3-2 loss to tournament debutant Comoros in a shocker that eclipsed a series of big surprises already in Cameroon.

Two days after defending champion Algeria was beaten by Equatorial Guinea for one of the biggest upsets in African Cup history, Ghana’s collapse provided a new, possibly better contender.

In a tumultuous game, Ghana fell behind in the fourth minute, had captain Andre Ayew harshly sent off in the 25th, and was 2-0 down in the 61st.

The Ghanaians leveled with two goals in 13 minutes late in the game, only to concede again when Ahmed Mogni swept in his second in the 85th minute to give Comoros undoubtedly its biggest soccer moment ever. It sent Ghana home at the bottom of Group C with a draw and two losses and its worst performance ever at the African Cup.

Ghana is a traditional power of African soccer and has made at least the semifinals in six of the last seven African Cups and was last dumped out in the group stage in 2006. Its squad of players from top clubs was pitted against a Comoros team whose two-goal hero Mogni plays in the third division in France.

Morocco won the group after a 2-2 draw with Gabon in another pulsating game. Morocco, which had already qualified, twice came from behind and snatched the point that won the group with a curling free kick from Paris Saint-Germain’s Achraf Hakimi with six minutes to go.

Gabon was missing its three best players with captain Pierre-Emerick Aubameyang and midfielder Mario Lemina sent back to their clubs for more medical tests after suffering from the aftereffects of COVID-19. Forward Denis Bouanga was among a new group of players to test positive for the virus.

Gabon still advanced second in the group and Comoros has a chance to move on to the knockout stages as one of the best third-place teams and really write a fairytale in its first major tournament. It’ll have to wait on other results to see if that happens.

Ghana was out of sorts straight from the kickoff at Roumdé Adjia Stadium in the northern city of Garoua and its defense was a shambles when El Fardou Mohamed Ben Nabouhane waltzed through the middle and hit a shot into the bottom corner for Comoros’ opener.

The killer blow for Ghana came with Ayew’s red card. He slid in when Comoros goalkeeper Salim Ben Boina spilled the ball and did get a toe to the ball, but also sent his boot crashing into the keeper in his follow through.

Boina went off on a stretcher and was replaced, while Ayew had to wait for referee Boubou Traore to watch the incident on VAR before the official came back on the field and plucked a red card from his pocket. It seemed harsh and Ayew watched Ghana’s demise from the stadium seats wearing a baseball cap pulled down low.

Earlier, Senegal qualified atop Group B but only with a 0-0 draw with Malawi. And Zimbabwe, which had already been eliminated, provided yet another surprise by upsetting Guinea 2-1 in the other Group B game.

Despite the loss, Guinea also advanced behind group winner Senegal as those two teams took the automatic qualifying places as expected but not in the manner expected.

Senegal ended up winning just one of its three group games, its opener against Zimbabwe and only after Sadio Mané buried a 97th-minute penalty. Senegal’s other two games were 0-0 draws.

Senegal might have even lost after Malawi was awarded a late penalty when Bouna Sarr was whistled for pulling back Gomezgani Chirwa on the edge of the area. Referee Blaise Yuven Ngwa of Cameroon checked VAR and changed his mind and canceled the penalty when it seemed Sarr had indeed impeded Chirwa.

Guinea captain Naby Keita did his best to revive his team against Zimbabwe with a left-footed rocket into the top corner for Guinea’s goal. But Guinea lost and Keita received a yellow card from referee Salima Mukansanga, who became the first woman to take charge of an African Cup game. That yellow meant Keita is suspended for Guinea’s last 16 game.

Seven teams are through to the round of 16: Host Cameroon, Nigeria, Burkina Faso, Senegal, Guinea, Morocco and Gabon. The last three groups and the third-place qualifiers will be decided Wednesday and Thursday.