Shahid: Not beneficial for Maldivians to go against a specific country 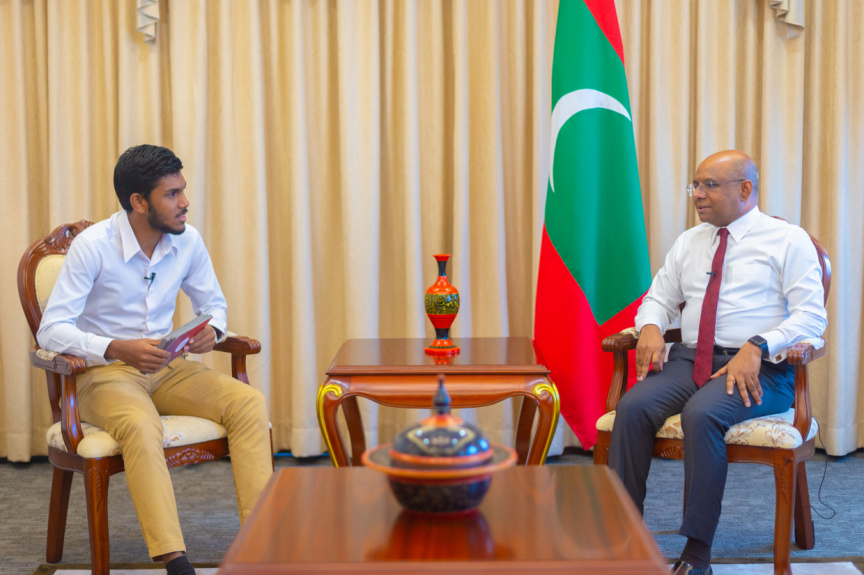 Maldivian Foreign Minister, President of the 76th Session of the United Nations General Assembly Abdulla Shahid has stated that Maldives going against a specific country is not the most beneficial to the Maldivians.

Speaking at Sun’s ’50 Minute’ program regarding the opposition coalition’s ‘India Out’ campaign, Shahid said that the Maldives needs a foreign policy that is wider than what can be concluded by choosing from two options.

Noting that the two main economic sectors of the Maldives, tourism and fishing, required cooperation from other countries, he said that making negative remarks against foreign countries is not in the interest of the government.

“For sure, it is not the Maldivian government’s main interest, but it can the main interest of certain groups of people or a certain person,” he had said.

Speaking further, Shahid noted that India, in consideration of all other foreign countries, have rendered a lot of assistance to Maldives at times of crisis.

Therefore, he said that the ties between India and Maldives is not linked to a certain party, a certain administration or a certain person – adding that the assistance rendered by India proves that it is due to a tie formed between the people of two nations.

Shahid also noted that remarks made by those calling ‘India Out’ at present, do not add up to the remarks they have made previously. In this regard, he alleged that they have previously said that a small nation like the Maldives, should not become prejudiced against a neighboring country based on emotions. He also raised questions as to the real purpose of the ‘India Out’ campaign.

“Whatever they are doing, it is not in good intentions for the normal citizens. It is being done due to the position they are in, because there is nothing else to talk about. It is not for the rights of the people or their benefit.  It is not something the people will benefit out of either,” he had said.

Addressing former President Abdulla Yameen Abdul Gayyoom’s participation in the ‘India Out’ campaign, Shahid said that he supports freedom of expression. However, he stressed repeatedly that, going against a specific country is not favorable to Maldivians.

Yameen has previously called onto expand the ‘India Out’ campaign which calls for the removal of the Indian military personnel stationed in the Maldives from the country.

With the campaign being expanded to residential islands, Yameen has taken part in activities held as part of the campaign at different islands.