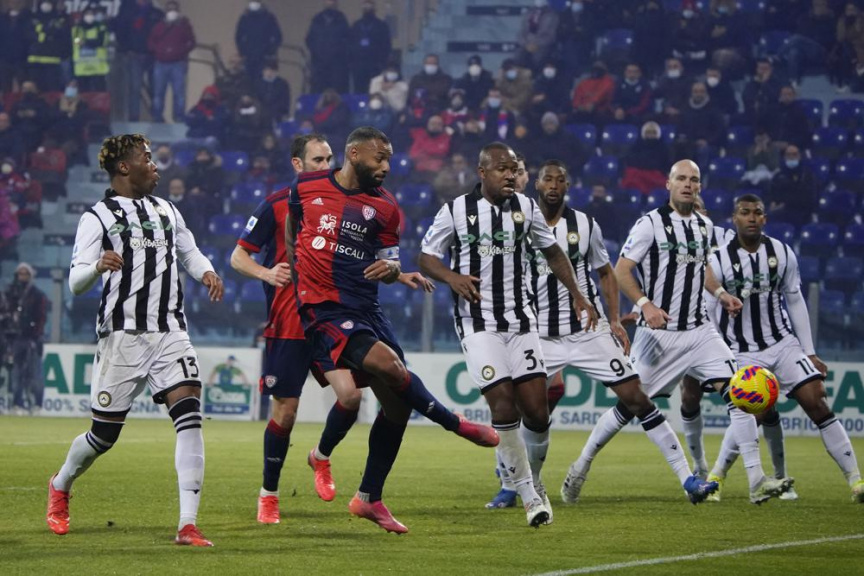 Joao Pedro of Cagliari Calcio kicks the ball during the Serie A soccer match between Cagliari Calcio and Udinese Calcio at Unipol Domus Stadium in Cagliari, Italy, Saturday Dec. 18, 2021. (Alessandro Tocco/LaPresse via AP)

João Pedro needed FIFA permission to change national eligibility after playing for Brazil at Under-17 level.

He turns 30 two weeks before Italy’s next game in the World Cup qualifying playoffs on March 24. The European champion plays at home against North Macedonia. The winner advances to play at Portugal or Turkey five days later.

He has scored nine goals in 19 games this season for a team struggling in 19th place in Serie A.