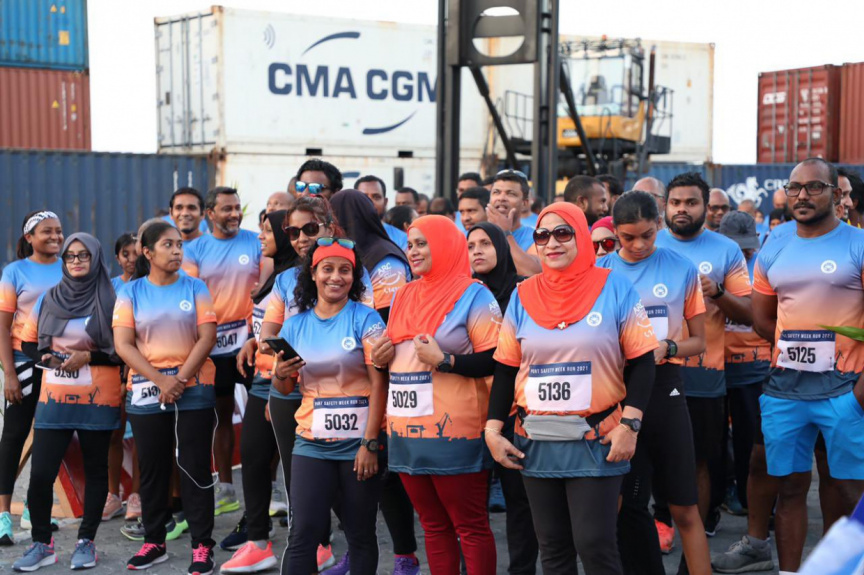 Over 100 runners took part in the run which was held at Hulhumale’ International Terminal. Top three places were chosen with the women’s category and the men’s category. The winners were presented cash prizes.

Prizes for the winners from the women’s category were handed over to them by MPL’s Chairman Captain Mohmed Shareef.

Prizes for the winners from the men’s category were handed over to them by MPL’s CEO Shahid Ali.

In addition to this, MVR 23,700 raised by selling the dedicated jersey for the run was donated to the non-governmental organization, Advocating Rights of Children (ARC). The donation was handed over by MPL’s Chief Financial Officer Mohamed Muiz.

MPL said that the purpose of dedicating a week to create awareness on occupational health and safety amongst the public is to promote a culture that prioritizes safety and protection.

MPL meets with its stakeholders

Over 2.4k tons of goods transported to Addu for Ramadan