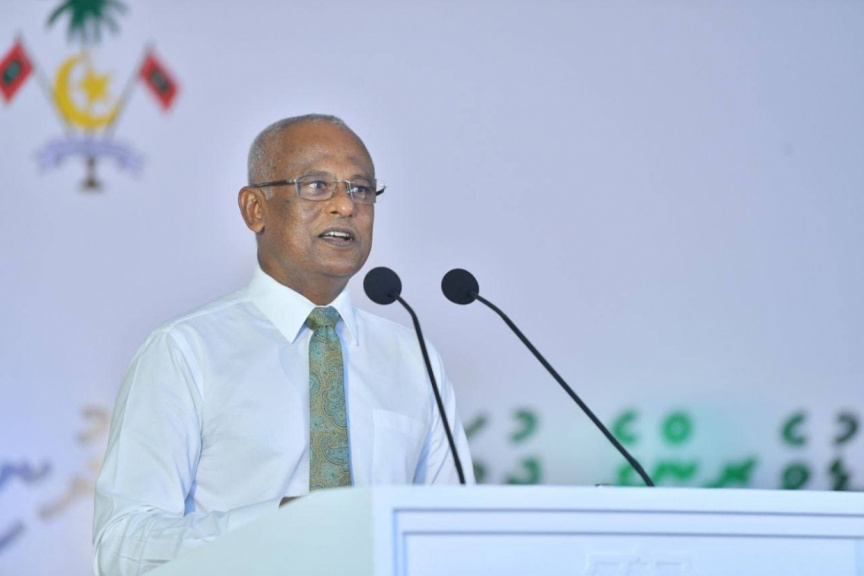 President Solih made the announcement whilst speaking at the special ceremony held tonight to mark the National Unity Day.

Noting that the finishing works at Hiyaa Flat remain incomplete due to various reasons – he said that the government has decided to extend the grace period by additional three months.

“As an easement, the government has now decided to give the flat owners additional three months without the enforcement of rent,” he had said.

President Solih added that his hope is finishing works of all units are completed by the end of next March – with tenants being able to live in the units.

Noting that the purpose of a government being in existence is to listen and address the concerns of all its people – he assured that the current administration will act as its people desire.

Subsequently, a series of protests were held calling to increase the grace period, with Hiyaa Union later holding discussions with Housing Development Corporation (HDC) regarding the matter.

Hiyaa flats’ rent can be paid via MyHulhumale' Portal