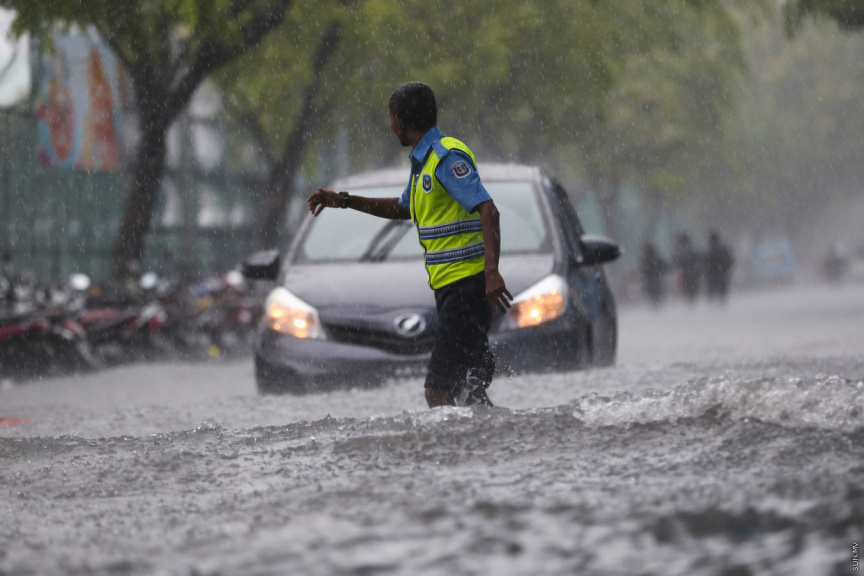 Planning Ministry has stated that instead of increasing drainage capacity to address the flooding issue in Male’ City, an underground water storage system would be established as a permanent solution.

In a statement released today, the Ministry said that they have always been working on finding a permanent solution to the flooding issue in Male’ City.

On this note, they detailed that a fast drainage system was established prior to this for the purpose of draining floods gathered on Male’ roads.

However, the Ministry said that the increase in buildings in the Male’ of which its rain gutters are designed to discharge water into the streets – has always pressed the need to increase the drainage capacity.

The Ministry said that that combined with the increase in the amount of rain experienced during seasonal monsoons as a result of climate change – overfloods Male’ roads to an extent the drainage system is unable to handle.

Instead, the Ministry said that they are working on finding a permanent solution to address the flooding issue in Male’. In line with this, they revealed plans to install storm water storage tanks underground of Male’ – to collect the water.

As per the Ministry – this work will be financed from the grant assistance of USD 16.50 million received from World Bank in 2019 under the ‘Maldives Urban Development and Resilient Project’.

They added that they seeking a party to provide technical assistance in the matter, which is in bid process at present.

'Will not succeed in the efforts to put me to jail'