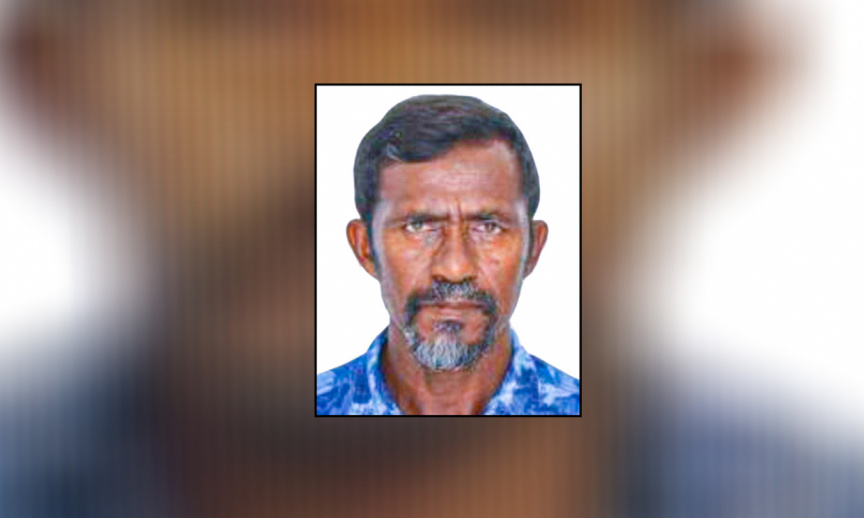 Maldives Police Service has stated that the suspect arrested for the murder of a businessman from ADh. Dhangethi in October, Sha Alom Mia (Salim), has confessed to the murder.

Police arrested Salim, 29, a Bangladeshi national, in connection to the murder under court order on October 16.

At a press conference held by the Police regarding the murder on Thursday, they said that over 30 wounds were observed from different parts of Mahmood’s body, with three main blows to the head.

The Police said that following Salim’s arrest, they had searched Nedhunge – where they had found some items belonging to Mahmood as well as some of the clothes Salim was wearing when he committed the murder.

However, the Police said that Salim had confessed to the crime before the discovery of these items. They also detailed that the murder was motivated by greed for money.

Mahmood is an entrepreneur involved in the business of staple foods and gas, in addition to being an owner of a café and a boat.  Therefore, he is always reported to carry large amounts of cash in his wallet.

The Police said that at the time of his murder, they believe that Mahmood was carrying 20 notes of MVR 500; MVR 10,000 in total.

Shortly after Mahmood’s body was found, Dhangethi residents took the law into their own hands to hand over two men from AA. Thoddoo, who they believed to the murderers to the police. However, they both have been cleared of having a hand in the murder.

In today’s press conference, the Police stressed that suspecting persons in such a manner obstructs their investigation, as well as change the focus of the investigation. In addition to this, it could lead to losing important forensic evidence. They also pointed that the suspicion has caused unjust physical injuries and damage to the personal property of the two.

Shaahil’s remand hearing to be held behind closed doors

Terror charges against 3 in murder of journalist