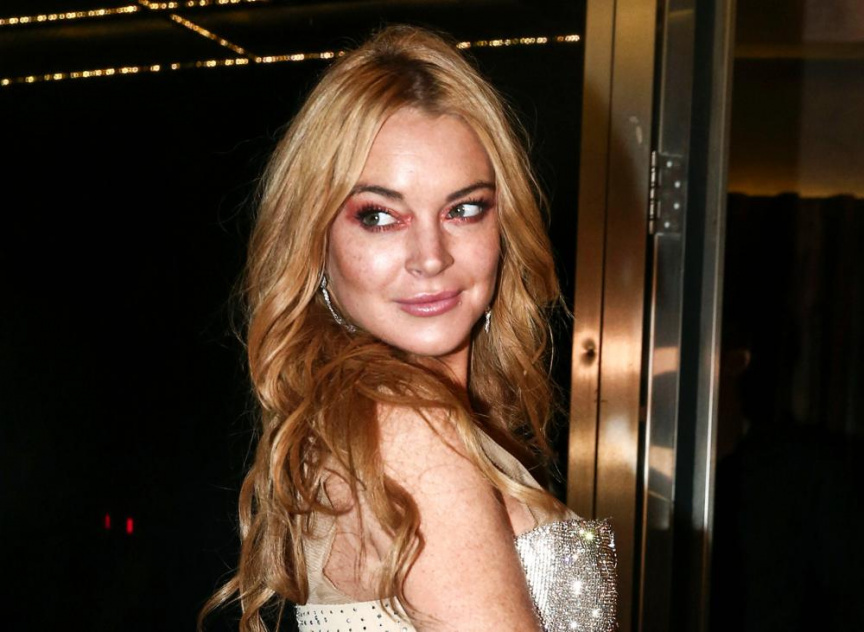 Lohan announced her engagement to boyfriend Bader Shammas and showed off a traditional oval diamond ring with a photo of the couple looking happy, locked in an embrace.

The 35-year-old “Mean Girls” star has been based in the skyscraper-studded city of Dubai in the United Arab Emirates for several years. Hollywood celebrities seeking to escape the spotlight long have flocked to the flashy emirate, where there are no paparazzi to track the many VIPs who hole up in luxurious villas on the city’s palm-shaped artificial island.

Little is known about Shammas, a Dubai resident whose LinkedIn page says he’s the assistant vice president of international wealth management at Credit Suisse. Before joining the Swiss bank that serves some of the world’s richest people, he worked at BNP Paribas, one of the largest French banks, in Kuwait and Bahrain.

Since moving to Dubai, Lohan has kept a low profile and said that her partying days are behind her.

She is slated to appear in a holiday romantic comedy released by Netflix, co-starring singer-songwriter Chord Overstreet. On Instagram, she also said she’s launching a new podcast to share “intimate conversations with thought leaders and friends.”